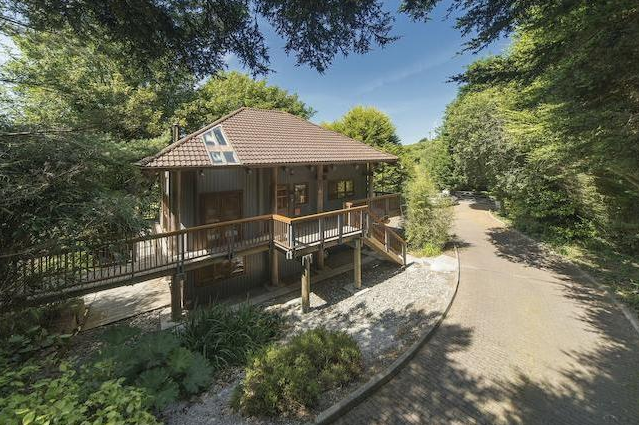 The four-bedroom property served as a holiday home for the Oscar-winning star, which is understandable ? it would have been a long commute to Tinseltown.

Located in Cornish village Angarrack, Winslet?s Japanese-themed abode was bought post-Titanic in 1998, the same year the James Cameron-directed film won 11 Academy Awards. When free of shooting and red carpet appearances, Winslet spent time at the home with former husband Jim Threapleton, but sold the hideaway in 2001 when they divorced. Though originally bought for ?200,000, Winslet made a profit as she sold the spot for ?250,000. Today, the price has inflated further as it sits on the market for ?400,000.

If you?re wondering what attracted the actress to Angarrack, the village is under a ten-minute drive from sandy beaches and 20 minutes from St Ives, while the home itself spans three floors. The master bedroom comes complete with walk-in wardrobe and en suite bathroom ? perfect for the aspiring A-lister. Read more about living the Business Class lifestyle:

Meanwhile, for the ultimate effort for spaciousness has been made with an open plan kitchen, dining and living room area that comes equipped with a double-height design.

Interestingly, the lower ground floor is set out as a studio apartment, complete with kitchen and bathroom. Additionally, it?s accessible from the outside, which makes it ideal for hiding away the unbearable relatives that insist on visiting. In keeping with the Japanese inspiration, a landscaped garden can be accessed from the decking ? inclusive of a bridge ? that surrounds the house. St. Erth is among the nearby train stations, but don?t worry if you?ve no idea where that is ? it runs direct routes into London Paddington. Importantly, the village also comes complete with a pub, making it rather convenient when you fancy a session.

Kate Winslet found herself caught in the gender pay gap debate in November and?called women?s attempts to level the playing field ?vulgar?, which did not go down well at all.