This morning, we’re co-hosting a session called “Social media: flash in the pan or the future?” with the British Library to coincide with their Web in Feb campaign. The keynote speaker is Will King, the entrepreneur behind one of the fastest-growing male grooming brands in the UK, King of Shaves. King has taken on the likes of Gillette and Wilkinson Sword through an innovative social-media led strategy.

8.30am: Networking over breakfast (tea, coffee, orange juice, bacon sandwiches and croissants). Glenys Berd tells us that she’s in the process of launching LoveThoseShoes.com in France and Germany, while Brian Chernett updates us on his latest start-up: having sold his shares in The Academy of Chief Executives, he’s now setting up a venture for chief executives in the charity and not-for-profit sectors.

Annabel Gatward of Glamorous Amorous has had a busy few months. She relaunched her luxury underwear website just before Christmas and saw sales spike 500 per cent.

9am: Our very own Jason Hesse welcomes today’s group of guests, which includes Mark Pearson of Markco Media (our Young Entrepreneur of the Year), Tom Allason of Shutl, Guy Levine of Return on Digital and Alex Hoye of Latitude.

9.10am: The British Library’s Isabel Oswell welcomes up Will King, founder of King of Shaves.

9.15am: “Three to four years ago, there’s no way Formula One supremo Bernie Ecclestone would have postponed the Bahrain Grand Prix,” says King. “Social media has changed everything and that pace of change is only going to speed up.”

King points to Mark Pearson of Markco Media: “Your business has got to be worth, what, £800m? You’re probably the wealthiest guy in the room and yet your business didn’t even exist four years ago.”

9.20am: “Is social media a flash in the pan or the future? It’s the future. No doubt about it,” King continues. “And if you don’t get it, the Indians and the Chinese will and you’ll be left behind.”

Will says he’s “bipolar” about his business. “I think about what I’m going to be doing in 2015. But then I’m also obsessed with the ‘instant’; what people are saying about the brand now.”

9.30am: King says he “shaves two million guys each day”. Does that pose a problem on Twitter with negative feedback? “Actually, the number of people saying they’ve got a problem is tiny,” he says. “If your product is great, you don’t need to worry about people bad-mouthing your brand. But you do need to be able to respond immediately if anything does crop up.

“My old-school PR person tells me that social media isn’t the be-all and end-all. You still need to have a publicity point, be it television or print media. Twitter is then the ‘social amplification’.

“I always try to keep ahead of the curve, but not so far ahead where the water is flat and there’s no wave to surf.”

9.45am: Jason Hesse asks: “Where do you draw the line between representing your brand and being a blatant self-publicist?”

King says that it boils down to common sense. “As the CEO, I can put my opinion out there, so long as I’m not coming across as an ass or damaging the business. It’s about balance.”

And what about ROI? How do you calculate the success of social media campaigns? “The more people who know about my business, the better position I’m in to become a global brand,” says King. “And remember: social media doesn’t actually cost you anything other than time.” 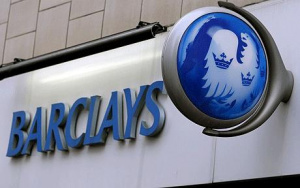 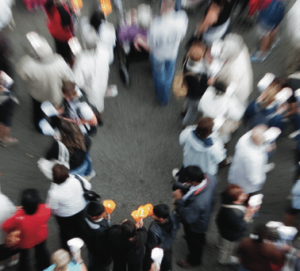