UK startup Pachube, pronounced “Patch Bay”, was created in 2007 by architect Usman Haque. Based near London’s Silicon Roundabout, it connects users to the “Internet of Things” – a network of devices that publishes and shares data.

It’s a little like YouTube, except that rather than sharing videos, Pachube enables people to monitor and share real time environmental data from sensors that are connected to the internet

As an example, some smart meters analyse energy consumption for utility companies and users, and can switch off household appliances at peak times. This could be extended to managing city-wide systems.

It has been predicted by executives at Verizon and Ericsson that the network will exceed 50 billion devices by the next decade. Users on Pachube’s realtime monitoring platform send more than seven million datapoints to the service each day.

On his blog, Haque says the process of an acquisition is “like a wedding – complete with pre-wedding jitters”: “We initially connected with the LogMeIn team at our offices in London and, after spending several hours with CEO Mike Simon and CTO Marton Anka, I was convinced they were people I’d want to work with. Anyone who knows me well knows how careful I am about who I do business with and, as protective as I am of Pachube, I knew straight away that we had a shared ethos and a deep mutual respect. These guys are top notch and I believe we’ll be able to go far together.”

Haque says the “rocket fuel” from LogMeIn will help the company to “scale up further, connect more sensors and devices, track more environments and help more people build tools for understanding real-time data from their cities.” 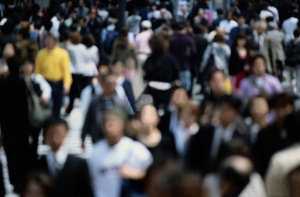