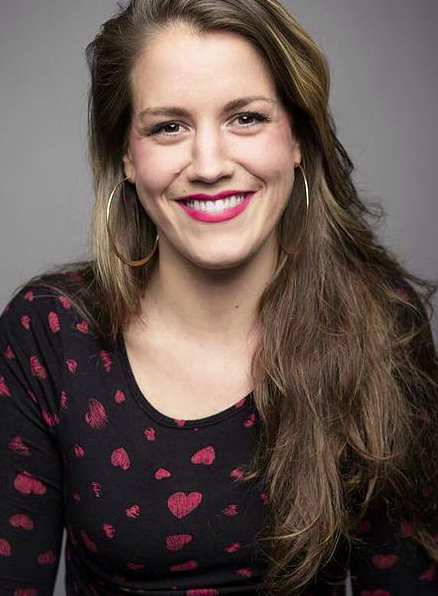 Just when we thought we’d seen the five most outlandish business launches to be powered by crowdfunding – which resulted in the former pink Power Ranger busking in the street – Anholt has risen to the challenge.

The independent comedic thespian reckons she has the worst luck in the world when it comes to finding Mr. Right, and she’s hoping the crowd will support her attempt to raise enough cash to make it to romance capital of the world – Edinburgh.

Incidentally, her trip to the Scottish capital will coincide with three week celebration of the arts, the Edinburgh Fringe Festival, where she hopes to launch her one woman comedy show Diary of a Dating Addict.

“After many doomed dates in London, I realised I should spread my net a little wider and take this to an international level, first stop Scotland,” said Anholt. “Home to many wonderful men, Gerard Butler, Ewan McGregor, James McAvoy… and of course, the Edinburgh Fringe Festival, Scotland is literally teaming with talent and I want in.”

“However, dating can be an expensive business, especially if you are an independent woman like myself, or Beyoncé. Having spent all my money dating the men of London, I’ve barely got the train fare to Watford, let alone Edinburgh. So I’m turning to the public to fund this fairy tale ending.”

Read more on the dating industry:

With MySingleFriend.com backing the cause, people who invest £10 into Anholt’s love crusade will receive half price membership to the dating service.

Meanwhile, £25 will result in preview show tickets, a £100 investment will provide a three-course Mexican dinner, and big spenders providing £150 will receive a medley including show tickets and a dating consultation at Starbucks.

MySingleFriend.com founder Sarah Beeny, who Real Business spoke to about disrupting online dating, said: “We’re thrilled to be helping Maddy in her quest for romance. We all love matchmaking our single friends but this is taking it to the next level.

“This army of crowdfunding Cupids could be contributing to the greatest love story of our generation. At the very least a Highland fling or two. Either way, I’m sure Maddy will have a good time.”

Interested? @MaddyAnholt1 is plugging her campaign on Twitter, where you can receive dating tips by firing questions at her with #AskMaddy.