Only recently, HSBC and UBS confirmed staff would start transferring within the next two years. Barclays also said it would move 150 jobs to Dublin. However, Brexit hasn’t been as cumbersome as previous estimations, well, estimated. In fact, Britain stays an attractive place to do business whether it leaves the EU or not.

This was made evident by GlaxoSmithKline investing £275m to expand its UK manufacturing sites. While CEO Andrew Witty claimed the vote brought about uncertainty in terms of regulation, “the underlying attractiveness of the nation’s economic strengths haven’t changed”.

Much like Witty, Guy Douetil, managing director EMEA of corporate solutions at Colliers International, claimed there was a flaw in the calculations. “Some sceptics predicted 100,000 finance and business service jobs would likely flee to the continent. Relocation on the scale of 100,000 jobs is not possible to achieve in such a short space of time.

“No single city in Europe has the capacity to absorb 100,000 jobs at short notice, from a talent perspective. These jobs would need to be distributed across a range of target cities possessing the latent capacity and skills to absorb them.”

But while the likes of HSBC move staff from London to Paris, Colliers International’s Cities of Influence report reminds us that London is a pretty attractive place to do business – in any scenario.

The report ranked 20 major economic cities based on talent, location and cost – and factored in risks associated with the country and the challenges presented by labour laws. It claimed: “Paris is the leading market when it comes to output, future skills, capacity and affordability. It also scores strongly when it comes to the size and experience of its talent pool.

“Yet when it comes to the final results, factoring in market risk, London takes the reins – it’s still an incredibly attractive place to do business.”

Indeed, the UK’s labour laws are more relaxed, and while London may be one of the most expensive cities, it’s also deemed the most capable of re-inventing and evolving. This, according to director head Damian Harrington, makes it superior to all other major European cities in the study.

He added: “Recent announcements by tech giant bosses including Apple, Google, Facebook and IBM re-affirmed their commitment to the future of London. With Trump’s  immigration policy, this could be even more reason for talent to move to London. The ability to hold on to its workforce and continue developing talent will be critical to ensure the capital remains a primary attractor of corporate activity.”

But London isn’t the only UK player to make the list. Manchester came in third place, while Dublin took fifth spot. While the former had a low level of output, it ranked high in terms of future skills and affordability. Dublin, on the other hand, actually had a higher English language proficiency ratio than London. It’s no surprise then that its strong language skills were cited as clear advantages. 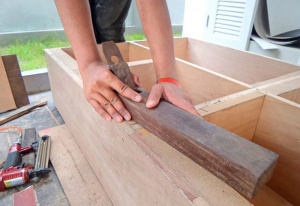 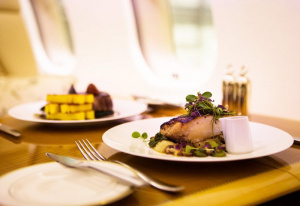