Given the success Girling has made of the business, it may come as a surprise that her experience of the entertainment industry was non-existent. She was a fan of it, yes, but actually management consulting and finance were the roles she held prior to the London Cabaret Club launch three years ago.

“I’ve always loved musical theatre and always danced,” said Girling. “But the main reason for starting London Cabaret Club is I felt like London needed it. I’ve lived in London a long time and I love entertainment and restaurants, but couldn’t go anywhere to enjoy both.”

With a belief the few cabarets that did exist in London weren’t at a high enough standard, she set out to change that.

She enlisted the support of entertainment veteran Doni Fierro as artistic director and the pair travelled the world to research various locations across Asia and the Middle East, as well as New York to understand options are on the market and what people desire.

“We found people want something from a bygone era. They want us to go back to the days where you can dine, be entertained and dance after – that’s what’s appealing with our concept, people love to be entertained but also entertain themselves,” said Girling.

The duo started off by running pop-up shows to test the water and get a feel for how the business could take shape – something that came with its own set of difficulties.

“Our launch was in One Mayfair, a phenomenal venue in an old church. But it was also quite challenging at the time because it needed to be kitted out with the stage and everything in one day,” she recalled.

It was soon apparent that the London Cabaret Club had developed something promising though, as Strictly Come Dancing judge and friend of Girling’s, Darcey Bussell, gave her seal of approval.

“Darcey is one of my biggest supporters and, a great friend of mine, and she came along to give me her advice. I remember her table giving us a standing ovation after the first act, and we thought ‘okay, we’ve got this’.”

Continuing the pop-up process, the London Cabaret Club kicked things up a notch for the next outing with a four-week run in South Kensington. Success during the month made Girling ready to progress further.

That meant sourcing a spot in a prime location, complete with the necessary sizing and height to accommodate evening upon evening of merrymaking. As luck would have it, the Bloomsbury Ballroom came on the market in April 2015 and the London Cabaret Club moved in.

“We fell in love the minute we saw it; it was a perfect fit. The Bloomsbury Ballroom is a 1920s, art deco, listed ballroom. It was created for dance and entertainment,” said Girling.

Find out how Girling responded to our quick-fire questions in the video below:

Girling said that variety and spread all year means London Cabaret Club is able to attract repeat business from customers who want to return with different friends and family members.

“In London, we appeal to a wide range of people; from Londoners to international crowds who want something British. We also secure business from the celebration market too, whether that’s a birthday, anniversary or work function because we can accommodate big groups,” she explained.

“We have a lot of people from the entertainment world visit – I think they’re interested to see what we’re doing and creating for London. The fans have come from everywhere. We’ve had lots of TV presenters and sporting stars down,” said Girling.

It’s not all about famous faces or money for London Cabaret Club though, as Girling detailed the business is keen to support charities. As a mother, children’s charities are particularly close to her heart.

Winning the business of international customers in the UK is the true goal and will see Girling and Fierro expanding overseas, something she claimed has always been on the agenda.

“In addition to shows at the club, we do private events in different places – we had one in the Middle East in September and it’s because people are drawn to London talent,” she said.

“A company like ours can roll out globally in the next two years, so we put those measures in place, patents to make sure that happens, in the likes of New York, Dubai, Hong Kong and Sydney.”

As if that isn’t enough, the London Cabaret Club will be home of a late night diner at the start of next year – one complete with LED roller skates, dances and tasty treats.

A late night lounge will complement the arrival of the diner, for those who are looking for something less casual.

“We’re going to introduce a late night lounge to the ballroom, which has the same concept, running until 2am-3am,” Girling added.

Seemingly London mayor Sadiq Khan has won a fan in Girling with the launch of the Night Tube, as she said its arrival is hugely beneficial.

“When we do special events like Halloween, they will go on till 5am or 6am. The Night Tube will be great because customers won’t worry about getting a last drink in before rushing off,” she said.

Reflecting on how things have changed since launch, Girling noted: “London Cabaret Club has become a real business with all the ups and downs. It’s been realising everything from costs to employees needs to be run in an efficient and serious way.”

With profit made from tickets and alcohol sales, the events division and soon-to-launch lounge and diner, Girling mentioned the arrival of merchandise and memberships will keep that party going and the revenue stream flowing. 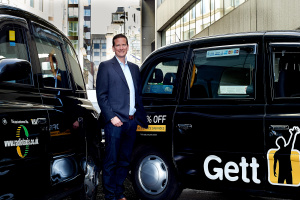