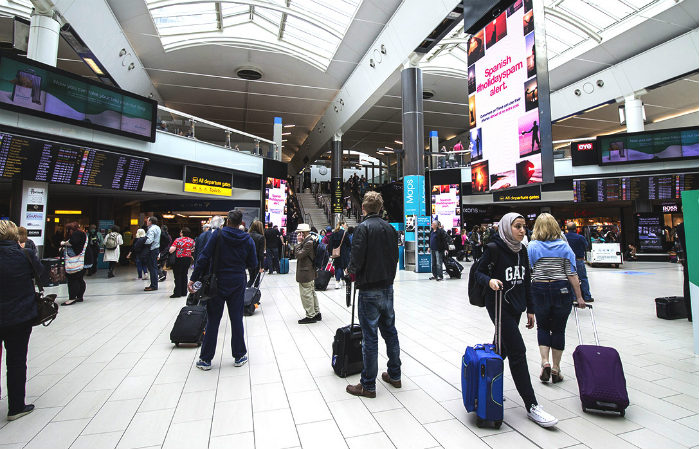 The nationwide launch has been achieved through a partnership with airport advertising firm Eye Airports. It will see Proxama fit 200 Bluetooth beacons into airports including Gatwick, Stansted, Bristol, Southampton, Inverness, Newcastle and East Midlands, with others to follow.

With Gatwick listed among the pioneering locations to feature the tech, it complements the push from entrepreneurs including Luke Johnson and Emma Jones backing the airport for an expansion.

The idea is to advance brand marketing strategies and allow advertisers to capture the attention of travellers by using beacons to send targeted alerts to their mobiles when they wait for their flights. In turn, retailers expect to boost consumer engagement, and spike retail sales and loyalty across various locations in the airports.

Sarah Parkes, MD, Eye Airports, said: This commercial partnership with Proxama further underlines our positioning at the forefront of airport advertising technology. Location-based marketing offers a direct way of engaging with consumers in high footfall areas, such as UK airports.

As the consumer chooses to receive these messages, they feel more involved in the communication process and, most importantly, can specify who they want to receive offers from.

Eye Airports claims its retail clients will have the potential to reach over 100m passengers, sending them rewards or offers that can only be redeemed while at the airport, taking out-of-home advertising to the next step.

The decision to align with Proxama follows research from Strategy Analytics in February, which found that digital is set to account for half of the UK’s 16bn advertising spend in 2015.

Jon Worley, CEO of Proxama marketing division, added: Based on our experience we have already seen a 24 per cent click through rate from our beacon deployments, which is higher than traditional forms of mobile marketing and much more targeted than email and geo-fencing.

By providing owners with complete control over their media network, beacons is fast becoming a cost effective method of marketing. They have proven to be ideal for indoor environments, providing high precision proximity marketing, particularly when GPS signal is weak.

Unlike other forms of marketing such as geo-fencing, beacons provide an in the moment experience based on real time data, which is fast becoming a popular approach to connect with todays digital-savvy consumer.

12 May 2021
We use cookies on our website to give you the most relevant experience by remembering your preferences and repeat visits. By clicking “Accept All”, you consent to the use of ALL the cookies. However, you may visit "Cookie Settings" to provide a controlled consent.
Cookie SettingsAccept All
Manage consent