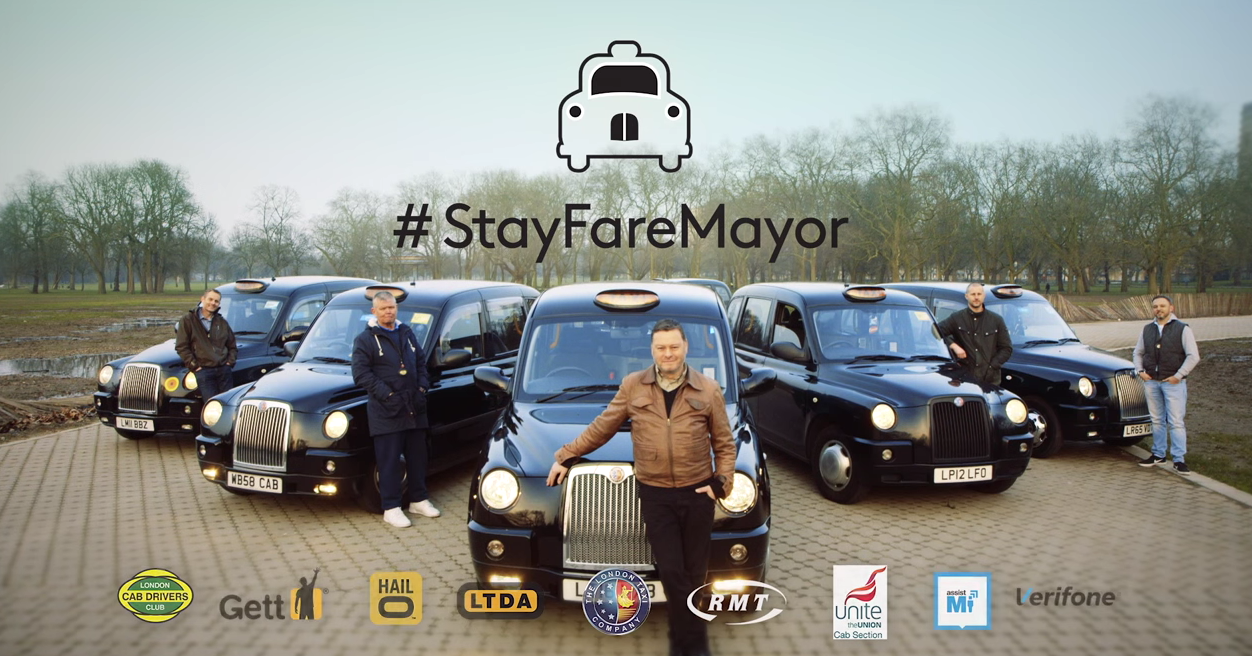 Share via
Led by the London Taxi Company, a global manufacturer of black cabs, the taxi revolution plan has widespread support. It includes drivers, of course, but also tech-based booking apps such as Gett and Hailo, with all fighting for the same target. The launch comes following continued clashes between traditional cab drivers in the city and rise of on-demand services including Uber. Peter Johansen, CEO, the London Taxi Company, said: “London acts as a beacon for cities around the world and the next mayor has the opportunity to enact an ambitious policy agenda to ensure that our city remains a world leader in technology, service and on the environment. “This means there are real choices to be made for the next mayor to keep pace with London’s ever changing transport challenges.” Claiming that the taxi trade is dedicated to customers, there are three key components of the #StayFareMayor campaign: modernisation, pollution prevention and sustainability. Modernising the vehicles will see the introduction of fast WiFi connections added to vehicles, while all taxis are set for card payments by October 2016 as today’s consumers are less reliant on cash. Elsewhere, with support for the environment, there’s an aim of introducing taxis capable of zero emissions by 2018 in order to cut down on pollution in London. Sustainability, meanwhile, will be achieved with full integration into the city’s transport system – part of that will include an accessible service in line with the launch of the night tube, which was approved in March after a stream of delays.

Read more on the battle between taxi drivers and Uber:

Steve McNamara, Licensed Taxi Drivers Association, added: “What we are launching today is London’s taxi revolution, a guarantee to make the best taxi service in the world even better. Faster, smarter, greener is our offer, and our ask of the next Mayor of London.

“The traffic in central London has to flow better and move faster, we must continue to adopt new technologies including apps, WiFi and contactless to ensure we are smarter. “Coupled with the right investment in infrastructure, such as rapid charging points to support the introduction of the new zero emissions taxi by 2018, we can make London the world’s first zero emissions taxi city.” Check out the campaign video below.

While the taxi trade is looking for support from the government, business secretary Sajid Javid is among the politicians in support of sharing economy services, and has praised the likes of Uber.