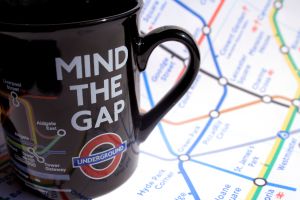 This highlights not only a growing trend in data theft among cybercriminals targeting mobiles, but also displays a culture of carelessness throughout the UK population in their attitude to work devices. The research, conducted by Trend Micro with support from the Centre for Creative and Social Technology (CAST) and Vision Critical, also revealed that:

A culture of carelessness

Responses show a careless attitude by Brits to work devices and corporate data, taking better care of their own belongings with only 11 per cent of those surveyed losing their personal smartphone device while 27 per cent have had up to three work devices lost or stolen. Almost half of smartphone users are more concerned about losing personal content, such as photos and banking details than worrying about enabling cybercriminals to access sensitive business data. In fact, a mere three per cent were concerned about the theft of corporate data. More specifically, 47 per cent don?t worry much or at all about losing client or customer details, while 55 per cent don?t worry much or at all about losing intellectual property. This indicates a lack of awareness around the financial and reputation cost to businesses when sensitive data is leaked.

IT departments should be concerned

Worryingly, 56 per cent ?were not sure what to do to protect the data on their devices if they?re lost or stolen. Only ten per cent said the first thing they would do is notify the IT department. A total of 13 per cent said they would let their boss know, while just five per cent would let the HR department know. Most said they would report the loss to the police first. This highlights the lack of awareness around the need to notify the business about data loss, preventing organisations from taking steps to limit and avoid reputational and financial impact. To make matters worse, the research reveals that many of us don?t take enough care about password-protecting our data and devices. 63 per cent admitted to having no password at all on their devices ? and 61 per cent of those who use a smartphone for work only said they don?t have security passwords on their devices. Image Source