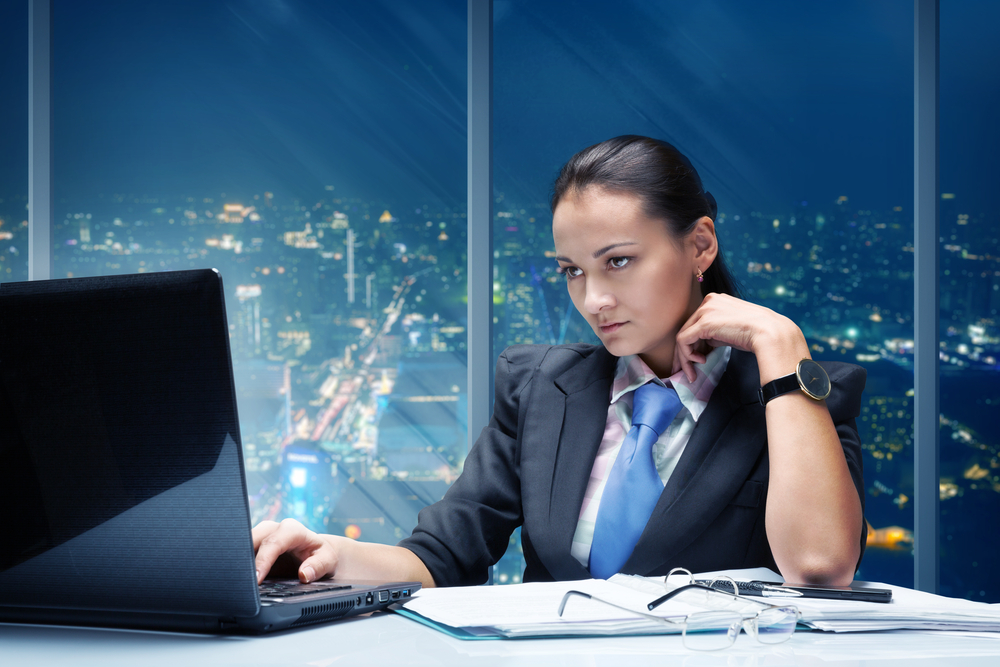 Of course, at some point in time, jobs were in short supply and nobody wanted to disappoint. But the thing is, with our world becoming ever connected, customers, clients and colleagues alike expect immediate responses to their demands.

This has created a pattern of employees working late on an almost regular basis. But do we end up pushing ourselves too hard The average UK office employee works late at least one week a month, according to Herman Miller. This level of desk-based work has seen 4.5m people, a quarter of all office workers, suffering from injuries such as RSI, back problems and eye issues due to work. These illnesses have caused workers to take an average of four and a half sick days a year, which means an average cost of 1.4bn to businesses up and down the country. Read more about sick leave: In 2010, the European Heart Journal found that those who worked overtime and worked ten to 11 hour days increased the risk of heart disease by nearly two-thirds.  The study surveying 1,000 office employees found a clear divide in male and female approaches to work, with men staying late in the office just over five days a month and women staying late on average four days a month. However, women prefer to sacrifice a break to make up this time with 18 per cent more likely to work through lunch.  Gender differences continue with women being eight per cent more likely to experience work related injuries. However, men prove it’s not only man flu that gets the best of them by taking nearly five and a half sick days a year due to these work related illnesses compared to just over three and a half by women.

Lillian Antonio, ergonomics specialist at Herman Miller, said: With people working long hours and spending more time at their desks, it is particularly important for businesses to understand the impact this has on its employees health. Now more than ever businesses need to assess the office environment its staff are using and make sure it  promotes healthy working otherwise it will have serious financial consequences.

Late nights are not the only burden with 27 per cent of office workers waking up at the crack of dawn to come in early. This has also seen a rise in office workers eating only two meals a day with a third of people now falling victim to poor dietary habits by skipping breakfast entirely. The report also uncovered 54 per cent of office workers now dine at their desks meaning lavish work lunches are being resigned to the history books. Mark Catchlove, director, insight group EMEA at Herman Miller, said: The chairs in which people work can very easily affect a persons productivity. We are now not simply sat at the same desk all day, so the furniture we use must be appropriate for different styles of work; from a high-performance work chair, like the Aeron for someone who is sedentary all day, to a Setu chair, which offers flexible support for a variety of applications perfect for a meeting room, for example. Or possibly it could be the introduction of a sit-stand desk to aide collaboration with colleagues at your workspace. Providing the right equipment will help to change peoples feeling about the use of a space, meaning work activities like brainstorms or internal exercises can be given a new lease of life. By Shan Schutte