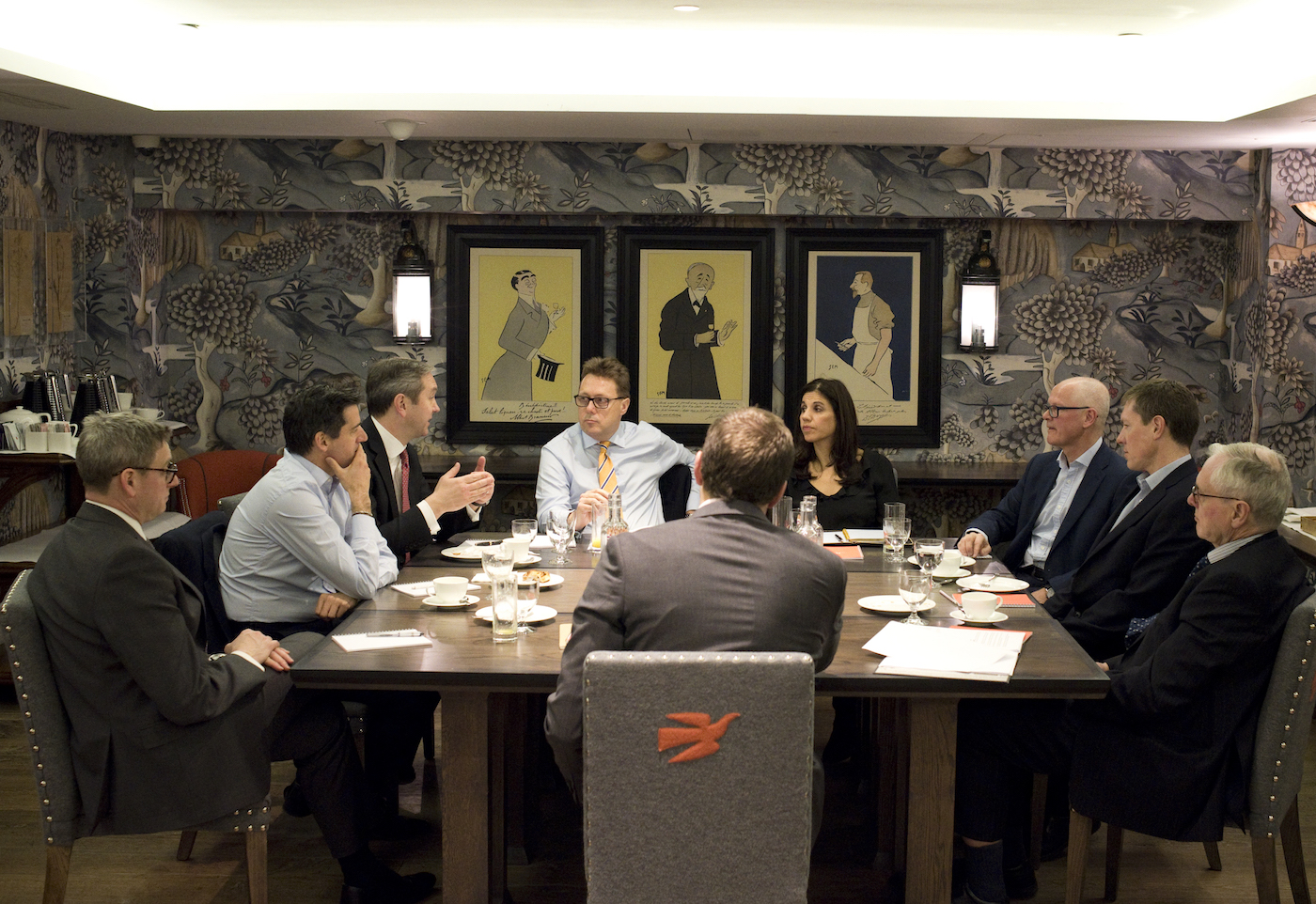 Share via
The way in which a business owner goes to market in search of funding for expansion has changed dramatically over the last decade. No longer limited to a smattering of high street banks, the funding landscape has evolved to include a wider variety of alternative lenders and strategic partners capable of adding far more than pounds in the pocket. To look at this subject in greater detail, Real Business sister title Real Deals partnered with Investec, a specialist bank and asset manager, to gather a collection of seasoned professionals well versed in small and medium-sized business funding. Leading the conversation was Real Deals editor Nicholas Neveling, who started by asking at what stage a business must seriously consider taking on additional funding. What are the key inflection points? Esther Marlow, financial director at Carmel Clothing, spoke from personal experience and said there are two significant market points that make a business re-evaluate its funding requirements. “The first is scale. There comes a point where you cannot grow with the existing funding structure that you have in place. The second is when something changes significantly within your sector. “In my industry of manufacturing, that change was the shift of production from the UK and Europe to the Far East. At that point, 14 years ago, all we used was a simple overdraft facility but as manufacturing shifted we went from a six-week production cycle to a five-month production cycle. Even if there was no growth, the way the business was run and funded had to change. We needed scale to stay relevant and stay successful, and that required a new funding structure. Looking at the wider funding landscape, David Ascott, a corporate finance partner at professional services firm Grant Thornton, said, at an early stage, companies will look to friends and high-net worth individuals for capital. “The next big inflection point is when a company’s staff numbers approach 50 employees. You are now looking at growth capital, the supply of which has improved in recent years following the emergence of institutions like the Business Growth Fund,” he added. “You then go into the mid-market buyout space, where there is a change of ownership because of a retirement sale or a step change in scale. A company’s funding needs will broadly fall across those three steps and that is how we think of the market and address services to it.

The options available to entrepreneurs and business owners in 2018 mean they are able to shop around a lot more. There is a market out there and you shouldn?t have to pay ten per cent when there is someone offering five,” Richard Holden, partner at Catalyst Corporate Finance, commented. “A business owner will find that there aren?t just two high street banks out there. You can choose from a number of providers and you should look at the options before proceeding with a filtering process. This sentiment was built on by Grant Thornton’s Ascott, who believes the ?power of the entrepreneur” has never been greater. “There is a huge variety of options and providers out there. That introduces competition in the market, and entrepreneurs shouldn?t be afraid to take advantage of that,” he explained. “There does need to be a change of mind-set. Entrepreneurs generally see the funding process as onerous and time consuming, but there is an opportunity in the market now for owner-managers to build processes around what they want and need. This notion of competition has forced funders to evolve and reevaluate offerings, James Stirling, head of growth and acquisition finance at Investec, added to the conversation. Thinking back to before the last financial crisis, in a highly competitive lending environment he said his firm differentiated by offering ?whatever others weren?t?. ?We filled the gap between debt and equity by providing mezzanine finance or we blended different tranches of capital to try to make life simpler for entrepreneurs,” he said. “If there are ten people queuing up to offer more money with fewer covenants, lower pricing and no amortisation then we are not going to add much value to that process. Instead, we are always thinking about what makes us different and trying to innovate. Stirling’s colleague, James Cullen, said Investec doesn’t turn deals down just because they don’t tick all the boxes. The firm instead asks is the business is compelling and can we partner with the management team over the next 5-10 years? Providing some insight on the flexible approach certain members of today’s funding landscape take, Cullen said he looks to ask management teams what they think an ideal funding structure looks like. Is it more important to maximise working capital with lots of headroom for growth” Can Investec help a business to take on new contracts and support with revolvers against working capital assets” Is the introduction of a cash flow loan needed Then we figure out the right structure together. ?We want to form partnerships and build relationships rather than setting what we will or won’t do in stone,” he said. It’s about working with a client to build a structure that suits them. Manufacturing business leader Marlow has witnessed first-hand the transition from a high street bank to a specialist funder. She believes there is a real lack of creativity in terms of understanding a business and then working with the company to evaluate what the best type of funding will be for where the business is in its lifestyle something today’s SMEs are demanding. “There is a balance to be struck between giving a company the funding it needs to grow, but not loading it with debt that it can’t afford,” she suggested. That isn’t happening because the climate has become more risk- and growth-averse.

Preparing for the process of taking on funding means entrepreneurs realising they will not be completely in charge anymore more, serial chairman Paul Wilkinson said. ?Entrepreneurs, by nature, like to be in charge and they don’t like working for someone else. What is crucial is that each side knows what it is in charge of. In all the successful deals that I have worked on, both parties have always been very clear on that. If a company is going to take on more funding, and by virtue of that more risk, Investec’s Cullen believes both parties need to be clear that it is for the right reasons. You need to make sure that the management team and the systems and controls have the necessary robustness. But the main thing is that a close relationship is in place between our Client and the Investec team which, incidentally, will remain the same team ongoing. As a funder, that relationship starts by asking the right questions and I think there is a flight to valuing that kind of interaction more. It feels like we might be entering bumpy territory now, and when things are tougher the relationship is what both sides rely on. Real Business would like to thank Investec for making this roundtable possible.