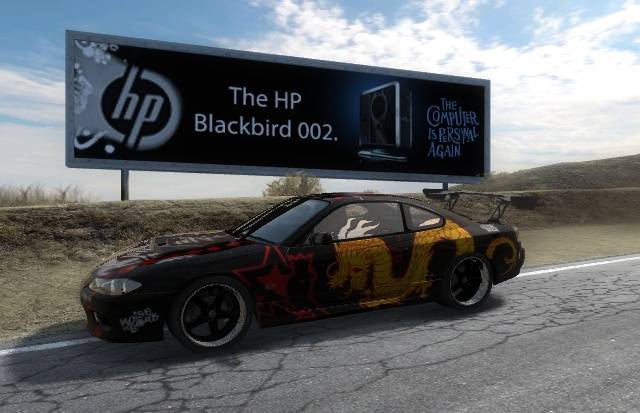 The global video games industry is estimated to be worth ?80bn, with the UK employing over 12,000 people and generating an annual revenue of ?2.5bn. However, one of the biggest complaints from game publishers is the rising cost of development. As such, it comes as no surprise that game firms have adopted the tried and tested method that James Bond movies use so frequently: product placement.

And with the Internet Advertising Bureau estimating that in the UK more than 33m people play video games, businesses are all too happy to take publishers up on this offer. But the question remains, can advertisers achieve the same level of engagement? And what happens when it targets the wrong game? Researchers have found that a brand may crash if video game players perform poorly when they use branded products as part of the game. Frank Dardis, associate professor of advertising and public relations at Penn State, explained that the performance of players in a racecar game influenced their attitude about the actual brand of the car they used in the game. “The easier the game, or the better the people did, the more they remembered the brand they used in the game and the more their attitudes changed in a positive direction toward the brand,” Dardis said. “But, the people who had the more difficult game or had a bad experience ? by crashing too much, for example ? remembered the brand less and had a negative attitude change toward the brand.” Essentially, Dardis claimed the research suggested that businesses cannot be guaranteed positive results just by advertising in a game. He said: “On the face of it, it might sound like a great idea for, in this case, a car company to say ‘there’s a great new game out, let’s make sure people can drive one of our cars.’ However, depending on a lot of player choices and things that can happen during the game, the car might not perform well and that could affect their attitudes toward the real-world brand.” This was echoed by Jason Kingsley, chairman of the games trade body TIGA, who is of the belief that marketers need to become more sympathetic to the context in which ads are shown. ?In racing games, vehicles crash, but some car manufacturers do not want to see their model get smashed up,? he said. ?But for the gamer, the more awesome and aspirational the car brand, the more fun it is to crash it. This can be counter-intuitive for some marketers.?

Another example is energy drink Red Bull advertising within a game featuring comic-book law enforcement character Judge Dredd. Kingsley said: ?Even though sugar and stimulants are ?illegal? in Judge Dredd?s Mega City, we embedded Red Bull in the Dredd v Death game, talking about how it was being illegally shipped into the city. Some brands would baulk at the idea of being linked to something illegal.? But more than a few games have taken that ad money without considering how much the endorsements will stick out like a sore thumb. Here are a few examples of what not to do when you decide to invest in in-game advertising.

Alan Wake had a notoriously long development, with its developer attempting to supplement its budget by adding real world products. However, it’s been hailed as some of the worst product placement in gaming history.? While some of it makes perfect sense, such as the?Energizer batteries inside Wake?s flashlight, some thought his Verizon phone was odd to add in the mix. After all, would a character who’s entered a nightmare world really need a phone? Well, according to its DLC,?Verizon?s cell service is good enough to work almost anywhere. And while the darkness outside seems to be controlling the electrics, there’s time to stand in front of a TV with a convenient Verizon commercial. Worst yet, he actually stands there watching it???you even unlock an achievement for sitting hough the pitch.?The intrusion of the commercialism did lasting damage to the smart horror vibe the game had worked so hard to establish, and it was picked up on by quite a few fans. Read on to find out which brands invested in some pretty odd in-game advertising.