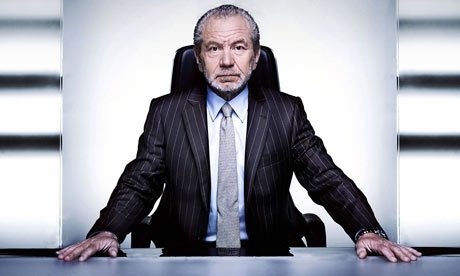 Lord Sugar, the entrepreneur star of the BBC’s Apprentice, has been hired by online TV venture YouView as chairman.

YouView is an internet TV project between some of the UK’s largest broadcasters and internet providers including the BBC, ITV, BT, TalkTalk, Give and Channel 4. It was formerly known as Project Canvas. The product will launch as a set-top box allowing owners to stream on-demand TV via the internet. Lord Sugar is replacing Kip Meek, who recently stepped down from the position, and was selected for the role thanks to his media experience. Lord Sugar will also bring a wealth of business experience in the set-top box business. His former company Amstrad provided up to 75 per cent of Sky’s boxes in 2007, before BSkyB purchased the company. “It has been apparent for some time that the YouView board would benefit from additional expertise in consumer marketing and technology deliver. Lord Sugar clearly supplies this. As the venture progresses towards launch, the change in chairman makes sense. I wish Lord Sugar well,” Meek says. Charles Dunstone, speaking on behalf of the joint venture shareholders, adds that he couldn’t think of anyone better than Lord Sugar to help bring YouView into people’s homes. YouView was originally due to launch in 2010, but has been beset by delays and now isn’t expected to become available until early 2012. YouView aims to combine the best of on-demand services, such as BBC’s iPlayer and Channel 4’s 4OD, with current personal video recorder features such as pausing live TV and recording an entire TV series.