If there are to be any firings in Alan Sugar’s boardroom this week, one hopes it will be his media spokesperson getting the chop, for allowing the East End bruiser free rein to snipe at national newspapers over the past few years.

No doubt the reality television star and businessman thought himself very droll while publicly bashing the Daily Mail on Twitter and, if what I hear is true, devoting an entire chapter of his new book to critiquing the paper’s journalism. Such behaviour is, I suppose, to be expected from a lowbrow popular entertainer.

But Sugar, or his people, ought to have known better. The Mail is notoriously brilliant at settling scores. Its editor, Paul Dacre, oversees massive and brutal retaliation for the slightest of perceived insults, and his newspaper just loves to publish devastating exposés of self-important public figures.

And so it was again this weekend, when Apprentice winner Stella English went public with her story. Since winning the show in 2010, English claims she was passed around Sugar’s companies in a variety of frustrating non-jobs until she finally quit, having wasted two years of her life. Throughout her ordeal, Sugar coaxed her out of making any public fuss “to preserve the integrity of the BBC, the show and me”.

But that didn’t happen: English ended up five layers of management away from Sugar. And when English quit her second role for him, at YouView, she says he “stuck the knife in”, telling her she was superfluous to requirements and that he had discharged his obligations to her.

“I’d gone to work there under a pretence,” says English. “He had strung me along and now he was washing his hands of me.”

Investors and shareholders in Sugar’s businesses – not to mention current employees – will be furious that the neglected products of his television show languish as unproductive leeches in middle management.

Last year, perhaps in recognition that there is often nowhere worthwhile in Sugar’s empire for Apprentice winners to go, the format of the show was tweaked. Triumphant Tom Pellereau received a £250,000 investment in his business and advice, rather than a job.

If Sugar’s self-regarding tweets are anything to go by, the man regards himself as virtually unassailable. But with reality television very much in the descendent, Sugar may come to regret his allocation of priorities. And he is not in the strongest position to launch an assault against one of the country’s most powerful newspapers.

Indeed, he is becoming something of a comic character, not least because he has seen no apparent contradiction in presenting himself as a champion of business while accepting a peerage from the Labour party.

The Mail’s story suggests that Sugar’s conflicts and contradictions run deep. Stella English alleges that he prized his public profile and television career over his business interests. Extremely damaging stuff, if true.

Public figures, especially those with business interests to consider, deride the media and belittle the influence of the papers at their own peril: stories like this one often trigger a cascade of “me too” revelations that can be horribly damaging to the target’s reputation.

If an appetite for Apprentice-bashing takes hold, we will soon see all sorts of unpleasant disclosures. Those of us who trade in gossip professionally know of deliciously embarrassing horror stories as far back as the first series that are yet to emerge.

How long before Michelle Dewberry goes public about her experiences with Sugar? This story is only the first in what is likely to become another of the paper’s obsessive campaigns of negative coverage about its foes.

Thanks to demeaning, manufactured spats with Piers Morgan and his unbearable, ungrammatical flatulence on Twitter, Sugar has crossed the line from pantomime TV bully into unlikeable bore. Quite a dangerous time to be making enemies among the more ruthless tabloids, don’t you think? 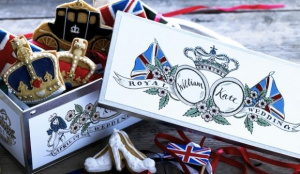 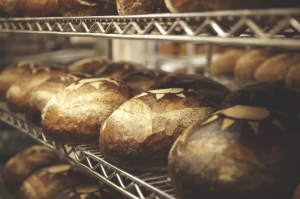