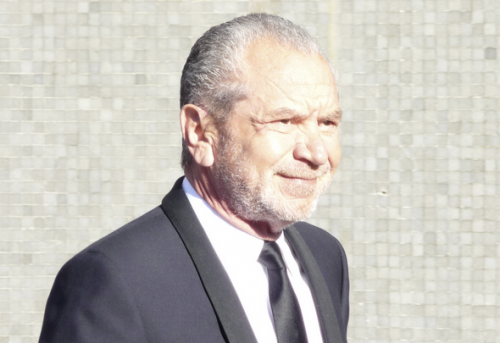 While Lord Sugar was previously appointed by former prime minister Gordon Brown to champion business, he is now flavour of the month for David Cameron, who said The Apprentice star would provide a much needed boost for business.?

Lord Sugar himself left the Labour party, disgruntled over what he perceived as negative business policies. Labour, for all the odd nod of the cap towards enterprise, is under Corbyn?s anti-wealth creator stranglehold and isn’t likely to inspire him to change his mind. His new role has two main arms, one to encourage young people to start their own businesses and to make them more aware of apprenticeships and what good they can do in the way of skills building. Lord Sugar will take on a series of roadshow events across England speaking to businesses and to school leavers. In my experience he is certainly right in saying that not enough young people know about getting into business. But I believe that apprenticeships are also not promoted enough to young people as a genuinely great way to learn on the job ? a style of learning so much better suited to many than in a classroom. Businesses are seriously suffering from skills shortages and apprenticeships are a good step towards helping that. Some serious PR such as this might just make it more appealing to a broader group of young people and a more respected and easier source of talent for the business world. Read more about overcoming the skills shortage: The Department for Business said that Sugar?s record in business makes him ideally suited to lead the campaign. He is, of course, hugely successful. He is a television star. No doubt these are the reasons that the Department have in mind. Having had the privilege of listening to Sugar on his previous road trip tours in this role, I would say he has other qualities. Watching him I was struck by the fact he was clearly exhausted from having committed to the most gruelling hours. This in no way masked what was an unmistakably genuine passion and belief in promoting UK businesses. Make no mistake about it, this is someone who does not need the fame and glory, but genuinely believes in the cause. If anyone can ?inspire some entrepreneurial spirit? as he plans, it is Lord Sugar. Indeed, Lord Sugar has been named enterprise tsar, but it?s not the first time he finds himself with that job description. In fact, he ended up taking his role with him after quitting Labour and joining the rival Conservative Party.