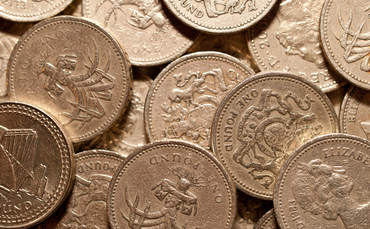 Share via
Venture capital investment is big business. The list of high-profile companies that have raised $100m+ financing rounds from VC firms this year is impressive: Dropbox, Lyft, Square and many others in the US alone. What is less commonly spoken about is how some of the largest investments can also become the largest failures. No one likes to talk about failure, right? Research by CB Insights and StrictlyVC has analysed data on the five largest financing deals to venture-backed companies in 2010, 2011, 2012, 2013 and 2014 (year-to-date) based in the US, and how the companies have fared. While the data shows some very successful and smart investments by VCs, the research also demonstrates that big money can also lead to big flops. Money does not guarantee success. For every Facebook, Uber and Twitter ? which VCs have invested millions and millions in to make much, much bigger returns ? you can see the opposite. Just consider LivingSocial, the daily deals company. In the seven years since the company was founded, LivingSocial has gone through 10 rounds of funding. The total amount raised from investors was $934.7m ? that’s just under one billion dollars. And where is the company now? It keeps announcing layoffs, and is viewed by everyone in the tech community as a dead business. That’s one billion dollars of VC money, gone. Poof! LivingSocial isn’t just a one-off, though. Another example of a promising startup that raised huge amounts before going bust is Better Place, a startup that wanted to build electric vehicle networks using renewable energy sources, which also raised just shy of $1bn (some $925m from eight investors). Or there is Fisker, an American green sports car company. This one raised a whopping $1.5bn from big-shot VCs including Kleiner Perkins Caufield & Byers, the Qatar Investment Authority and Palo Alto Investors. Fisher went bankrupt before being bought up by Chinese manufacturing company Wanxiang Group for just $149m. The key lesson is that money does not guarantee success ? it’s about having the right product/service at the right time and in the right market. The money can help to speed things up, but without the basics, it’s just throwing good money after bad.