The UK is witnessing a resurgence in lower mid-market private equity deals, with volume and total value the highest it has been in any six-month period since the financial crisis took hold, new research shows.

According to Lyceum Capital and Cass Business School, 41 £10m to £100m transactions completed between the start of the year and the end of June.

This compares to 34 investments in the previous six months and 33 in the same period last year.

Despite the apparent recovery, Q2 was slower than Q1, with 17 and 24 respective deals.

Andrew Aylwin, partner at Lyceum Capital, said: “I think it’s too early to say the recovery in deal volumes is firmly back on track to historical norms, particularly given the uncertainty in wider Europe hanging over the market.”

Combined deal value reached £1.65bn, exceeding the £1.2bn recorded during both H2 2010 and H1 2010. The technology, media and telecommunications and business services sectors received the most capital in the first half of 2011.

While deal multiples had climbed their way back to near boom-time levels in recent months, dealmaking appears to fall into two categories – attractive and robust companies drawing higher prices and the rest going for less.

“The market today is pretty polarised, and while good quality investments are able to attract capital with reasonable ease, the flakier opportunities are reduced to fighting for the scraps,” added Aylwin. 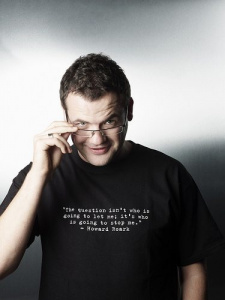 The University of Hard Knocks