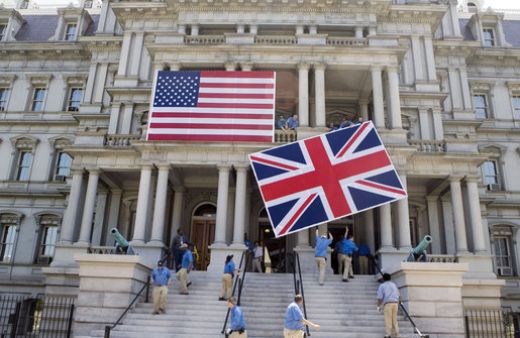 Luke Johnson’s column in the FT this week breaks down the difference between British and American entrepreneurs.

The subject is topical ? as Tech City starts to pick up steam, will it be able to compete against Silicon Valley in the global startup battle?  Only time will tell, but here is what Luke Johnson identifies as the big differences between entrepreneurs from both sides of the pond. Ambition. “Americans possess greater ambition,” says Luke Johnson. “They keep going ? they want to become billionaires, and don’t like long holidays.” He lists Sumner Redstone, Kirk Kerkorian and Warren Buffett as “geriatric magnates” that carry on working; “in Britain they would have retired much earlier”. Nonchalance. The way that Brits are blas? about business “baffles” Americans, says Johnson. “They prefer to get straight down to serious affairs and talk about money”. Trial-and-error. The process of learning through your mistakes runs deeply through American entrepreneurship. “In Silicon Valley, venture capitalists approve of entrepreneurs who have experienced a failure. But the British fear the shame of going broke, and to send to be more risk-averse.” Johnson does add, however, that Brits are more honest about their mistakes. Capitalism. “The US embraces capitalism wholeheartedly ? almost everyone there wants to be rich. In Britain, we suffer from a semisocialist culture that influences our attitudes to enterprise.” The result? Brits tolerate higher taxes and government interference, while Americans just get on with making money. Sales. Luke Johnson says that Americans are better at selling ? “and as a consequence, are more gullible as buyers”. British cynicism means that Brits are more straight-talking in the boardroom, rather than drowning themselves in management-speak. Education. While a high proportion of self-made members of the Forbes Rich List have been university-educated, British entrepreneurs have traditionally not been well educated (“because the middle and upper classes thought ‘trade’ was less attractive than the professions”). Luke Johnson concludes his piece with the thought that “perhaps the best combination of entrepreneurs to back would be an Anglo-American partnership”. Do you agree with him? Is Luke Johnson right about the differences ? or do you reject his analysis? Comment below.