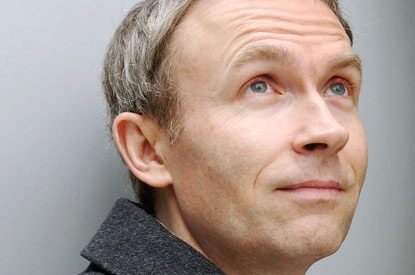 Luke Johnson, the former Channel 4 boss and serial entrepreneur, has attacked Google in the Mail on Sunday, calling it a “monstrous” parasite.

Luke Johnson, who made his fortune with retaurant chains Pizza Express and Signature, doesn’t hold back in his tirade against Google. Here are some choice quotations from Luke Johnson: Luke Johnson on Google’s “don’t be evil” motto:
“Google may not be evil, but I think it is perhaps the worst corporate citizen I know.” Luke Johnson on Google’s CEO:
“Eric Schmidt, its chairman and CEO, appears to feel he is on a mission from God in trying to obtain almost unlimited amounts of private information from ordinary citizens.” Luke Johnson on Google and tax:
“Google has paid just 2.4 per cent corporation taxes on its overseas earnings of £7.2 billion since 2007. It exploits tax havens such as Bermuda to legally avoid taxation. In Britain, easily its second-largest market, in the past three years it has generated approximately £5.7 billion in revenues. “But Google invests negligible amounts in Britain, pays negligible amounts of tax on its underlying surplus to contribute to civil society, and yet extracts vast sums in advertising revenues.” Luke Johnson on Google and content:
“Commercial television and radio stations, as well as the print media, are seeing their economic model threatened by Google, whose search engine dominates web advertising. “Essentially, Google pays for no content whatsoever, but parasitically lives off the back of all those organisations that actually commission writers, actors, directors, producers to make original material. “All those film-makers, journalists and others who are being thrown out of work can blame Google: they have ransacked the UK media industry, and are not even paying reasonable levels of tax on their usurious gains.” Luke Johnson on Google and privacy:
“Google is, I believe, profoundly unethical in other ways. Its philosophy over its invasions of privacy, such as Street View, its insistence on taking pictures of every street in Britain and posting them on the web – is monstrous.” Luke Johnson on Google and the UK government:
“An extraordinary article appeared in the Daily Telegraph on November 3. The column said little, but the authorship was revealing: it was jointly written by George Osborne, Chancellor of the Exchequer, and Eric Schmidt. “It suggested there was a cosy relationship between the two, and that our Government greatly admires Google. “Given how little corporation tax Google pays in Britain, given how its profits directly damage the competitiveness of our creative industries, given how it flouts privacy and copyright concerns, I thought it was a deeply misjudged alignment.