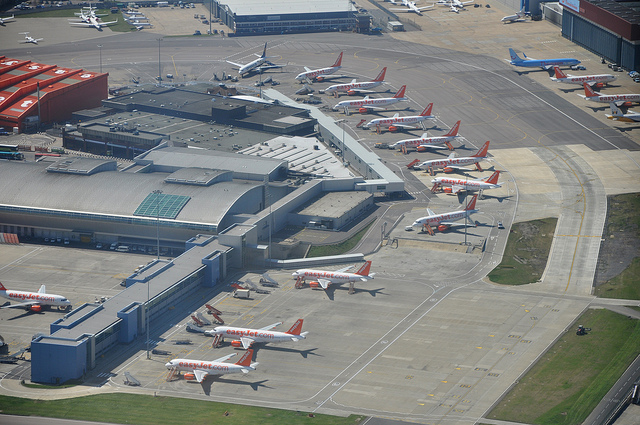 In possibly Europe’s largest initial public offering (IPO) since 2011 and the second biggest in Spanish history, state-backed airport operator Aena will be making its debut on the Madrid Stock Exchange.

Aena runs 46 airports in Spain and holds the majority stake in Luton airport. Last year it increased its stake in Luton and announced a 100m investment plan, which would increase the capacity of passengers from 10.5m to 18m by 2026. This would make them the same size as Stanstead. Now, the group ranks as the largest airport group in the world, and investor interest has rocketed since the announcement. A City AM release even cited one banker in describing the float as probably the blockbuster IPO in Europe for 2015?. Goldman Sachs, Morgan Stanley, BBVA, Bank of America Merrill Lynch and Santander were chosen to oversee the listing. Originally, Aena had planned to float in November 2014. This was pushed back, however, due to a multitude of reasons. There worries around weak European economies, reports of in-fighting among ministers and fears that their auditor hadn’t been properly selected. Their initial plan also saw a pricing range of 41.50 to 53.30 a share. Since then, the rage has changed twice at least due to Aena’s strong financial results. This highlights the recent surge in investor demand for Spanish assets. There’s a real buzz around the Spanish capital markets , a source told City AM. Many investors are also enthusiastic about what this could mean about the European market. A source said: You could only get the books covered like that, with that level of interest, when the market is strong. Shares have jumped 17 per cent from a flotation price of 58 per share to 68, valuing the group at 8.7bn. This sum already dwarfs anything we’ve seen in the UK floating frenzy. One of the three anchor investors, Ferrovial, is the largest shareholder in London’s Heathrow airport. However, due to the spike in Aena’s stock, the price rose above the sum that the had committed to pay. London-based hedge fund TCI, also an anchor investor, is still hoping to acquire a large majority. Image source By Shan Schutte