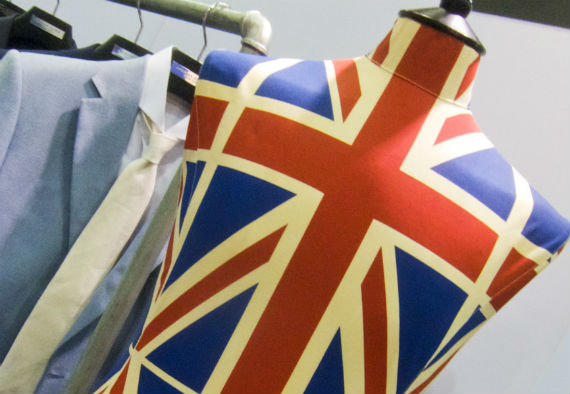 A survey of Chinese consumers in Shanghai, Beijing and those that travel thousands of miles to the UK to shop at places like Harrods, Harvey Nichols and House of Fraser found that “Britishness” was an important reason they chose to buy brands like Aston Martin, Rolls Royce, Burberry and Gieves & Hawkes.

The emerging middle and upper classes in China, India and other emerging economies are a huge market that luxury brands are targeting.  Preliminary research by Professor Qing Wang of Warwick Business School has found that Britain’s cultural capital represents a number of unique qualities that is difficult for competitors in France, Italy or the US to imitate. “Luxury goods are defined as those satisfying hedonic rather than functional needs and our research has found this is an area that Britain enjoys a distinct advantage in,” says Wang.  “A very important factor that makes Britain standout is that it incorporates tradition and innovation seamlessly.” When asked what the Chinese consumers associate with Britishness, not surprisingly, the Royal family came top of the list, followed by David Beckham, the Football Premier League and the 2012 London Olympics. TV programmes and movies like Downton Abbey, the Harry Potter films, Sherlock Holmes, James Bond and BBC News also had a huge influence on the Chinese perception of Britishness, and so does the British elite education system represented by Oxbridge and the public schools. “Put differently, Britain’s advantage lies in the so-called soft power, which is defined as the ability to get what you want through attraction rather than through coercion and cultural heritage is a key part of that. The extent of its impact is hard to measure and even harder to replicate. As China promotes its own soft power, it has increasingly turned to Britain for inspiration.” Strong sales The love of British luxury goods in China and other emerging markets is all too clearly demonstrated by the sales figures.  For example, Diageo derives about a third of its profits from Scotch whisky brands, driven by demand in China, India and Russia, making Diageo the world’s biggest Scotch whisky producer. Jaguar Land Rover, the UK’s leading manufacturer of premium luxury vehicles, saw sales in China up 39 per cent in January 2014.  Similarly, annual revenues at Burberry hit £2bn for the first time in 2013 thanks mainly to sales in China jumping 20 per cent year-on-year, with the fashion retailer set to open eight more stores in the country this financial year. “Emerging markets like China and India offer huge potential for luxury marketers where advertising efforts should focus on ‘selling the dream’ and creating stronger ties with the super-rich,” adds Wang. “For luxury firms unique and customised product offerings combined with exquisite craftsmanship and the British association will continue to drive sales in emerging markets.”