Click4reg.co.uk has revealed the Ford Fiesta was the most popular mainstream car in 2016, but the year also saw luxury car registrations speeding up with an increase of 29 per cent on 2014.

Luxury car brands including Porsche, BMW and Jaguar were among key automotive firms stimulating the surge.

Although those living the Business Class lifestyle may simply be perceived as those with an appetite for the finer things that chase status symbols, the study suggested that luxury car owners are simply looking for hot innovations.

Torsten Müller-Otvös, CEO of Rolls Royce, has revealed that the business will focus on electric cars. “Electrification is the way forward – and there will be no in between steps for us like hybridisation,” he said.

“The Rolls-Royce brand is not, in a way, a game-changer when it comes to revolutionary technology. Our customers are doing so for reasons of utmost luxury, so there can be no imperfections.

“Compromises when it comes to technology, or operating our products, are unacceptable. People are more interested in highly reliably substance than to be a test field for new technology.”

Bugatti CEO Wolfgang Dürheimer added that electrification will happen to the company’s vehicle line too. Bugatti was also the brand that was the rarest, with just three registrations in 2016.

Which colours are the most desirable for these car lovers? According to the findings, white is the favourite, followed by black, grey and blue.

This changed somewhat for the luxury car owners, with orange, red and yellow the most popular colours for McLaren, Ferrari and Lotus respectively.

In the UK, Rolls Royce, Jaguar, Bentley and Aston Martin accounted for seven per cent of luxury car registrations, but the British brands did even better overseas – Bentley alone powered 37 per cent of super luxury car sales.

And given its place as a lower luxury car brand, BMW dominated the registrations in 2016, with its 520D M Sport the most registered car of the year.

Find out the full rundown of most popular luxury car registrations in the UK below: 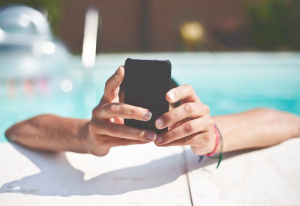 I really shouldn’t work on holiday, but…