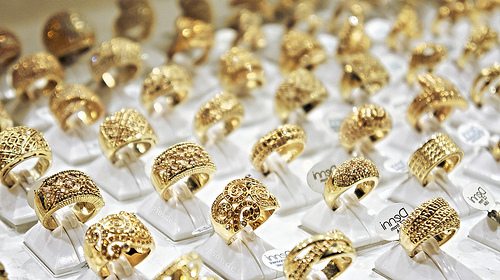 Intended as strategic analysis, the report examines key aspects of the market and its consumers, as well as critical elements that should affect the decision-making process of every brand considering entry into the region.

Led by the UAE, Saudi Arabia, Qatar, Bahrain and Oman, the Middle East is proving fertile ground for many major luxury brands as the region?s consumers, with large incomes, have increasingly sophisticated tastes. But although many brands are doing well in the region, their success is due to a deep knowledge of market dynamics, the distribution and retail landscape, and the particularities of consumer attitudes and behaviour. In fact, the report highlights that these companies have committed to long-term brand-building rather than chasing quick returns, and, crucially, have been able to tap into the local networks that are essential in a business environment built around relationships, trust and loyalty. Thus, a deep understanding of the region is a prerequisite of success. ?This past decade has brought with it a dynamic and increasingly sophisticated retail environment ? most recently with a shift of focus from Dubai to other hubs ? and increasingly savvy consumers, willing and able to spend significant amounts on luxury,? the research explains. ?While much of the world continues to struggle with recession, the economic fundamentals look relatively favourable in the GCC.? More importantly, the Middle East ?benefits from a young population, with more than 50 per cent being under the age of 30. In the region?s wealthiest countries, the proportions range from 50 per cent (UAE) to 57 per cent (Saudi Arabia). In the UAE, Emirati teenagers spend $100 per month on clothes and accessories, more than six times the global average for their peer group. This offers tremendous potential for the luxury market, not only in the sheer force of numbers but also in the opportunity for brands to overcome the fickleness of young consumers and build loyalty early.? Furthermore, it seems that shopping is embedded in the region?s culture, with 90 per cent of nationals saying that they go out shopping ?regularly?, and 95 per cent whenever they ?feel like it’. The report goes on to suggest that ?unlike elsewhere in the world, where malls tend to be for the mass market, in the GCC they are a natural environment for luxury, too.  And their purpose goes far deeper than the act of shopping: they are a pillar of social life, serving as ?social clubs?, especially for the young ? being one of the few socially acceptable places for even limited mingling between men and women. GCC nationals are also high spenders, both at home and abroad. Locally, they spend an average of $1,300 monthly on clothing and accessories of which $700 is on ready-to-wear and $300 on shoes, compared with $120 and $15 respectively for UK shoppers in the UK.? High-end fashion and accessories represent 35?40 per cent of the GCC market (versus 50 per cent globally), beauty 25 per cent (in line with global norms, albeit with a much heavier weighting towards fragrances) and hard luxury representing 30?35 per cent (versus 20 per cent globally). Clearly, the outlook for luxury is positive, with Bain & Company?s research predicting growth of seven to nine per cent in the Middle East luxury market in 2011 to 2014. Image source By Shan? Schutte