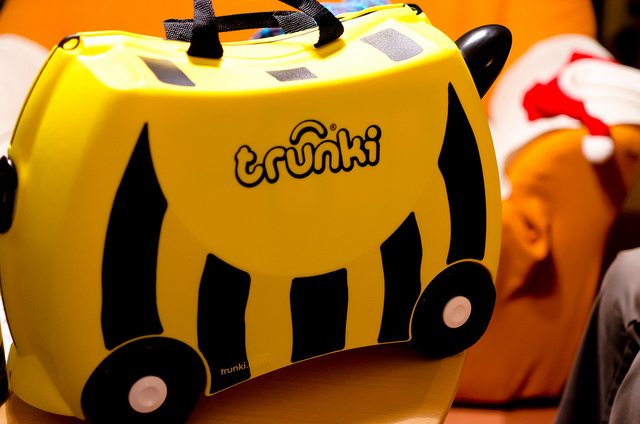 Share via
Made in Britain. And proud of it. The shortlist for the “Made in Britain” category at the 2012 Growing Business Awards, in association with Lloyds Bank, contains five exceptional businesses boosting the UK’s economic prospects by developing technically excellent, innovative, world-beating products and technologies. From energy to kids’ suitcases; from saving 40 million litres of water leakage a day to creating new customer-friendly digital platforms. Innovation is alive and well in Britain…

UK skills and assets are key to i20’s unique offering. In 2005 Adam Kingdon and Andrew Burrows, frustrated with the water industry and convinced there needed to be more innovative solutions to tackle the problem of leakage in global networks, set about developing a technology to address the issue. The results were i20: the only advanced pressure management solution that integrates both hardware and software. This technology allows companies to manage pressure remotely, automatically adjusting the water pressure day or night to reach the optimum level. The Southampton-based technology firm has sold its technology to more than 30 water utilities in 13 different countries. The UK-centric team of engineers, developers and manufactures have achieved £2m-plus revenues while saving huge amounts of water across the globe.

Bowman Power’s high-speed turbogenerator takes waste energy from the exhausts of large engines and converts it into free electricity – something people have been attempting to do since the 1920s! Launched in early 2010, the business has grown rapidly, reaching £9m sales this year. Revenue is forecast to approach £50m by 2017. The Southampton-based team of 70 joined with leading British consultants and universities to become the first company to successfully commercialise such technology effectively and reliably. All the turbogenerator’s prototype parts were provided by UK companies and a vast majority of the supply chain remains UK-based, despite over 95 per cent of sales being overseas.

With more than 50 years’ experience, EA Technology describes itself not as a UK company that “does a bit of export”, but as an increasingly dynamic global enterprise, with its roots firmly in Britain. Originally the R&D arm of the UK electricity industry, EA is now completely owned by its staff. This year the business exported to 90 countries. Many of EA’s products and services are unique and global market leaders. Launched just this month, its partial-discharge “PD Hawk” is a groundbreaking handheld instrument for locating power discharge faults in high-voltage switchyards. Everything sold is invented, developed and produced in-house in Chester. EA has 237 quality staff, with a wealth of experience and know-how in power engineering, coupled with a relentless drive for innovation and focus on its customers. Every part of the business is tasked with proposing groundbreaking innovations, they claim, with the best selected for investment and development.

Global Personals began in a spare bedroom nine years ago and is now one of the largest privately owned online dating companies worldwide, with annualised revenues of £40m. Owned by Global Personals, whitelabeldating.com is a platform that provides the technology behind more than 7,500 dating sites spanning everything from traditional dating to niche and international sites. Launched in January 2012, whitelabeldating.com’s mobile product has increased dating sites revenue by 107 per cent. The product has also increased new member sign-ups, which has grown a stunning 94 per cent over the last 12 months alone. The 140-strong team, with offices based in Windsor and London recruit only the best British technical developers. Who’d have thought Britain could fuel romance around the world…?

Committed to British manufacturing, Trunki designer and creator, Rob Law brought home the production to UK shores in May this year. Initially launched in 2006, Trunki, the cute and quirky children’s ride on a suitcase, is now owned by 20 per cent of all children in the UK. Trunki is sold in 97 different countries worldwide. Despite impressive figures, the company has overcome huge hurdles, successfully relocated, and is now en route to sustained success, with a 20 per cent growth in revenues forecast in 2012. Trunki is proud to be British, each model now stamped with a GB bumper sticker: “Designed in Bristol, Made in England.” Growing Business Awards 2012: The winners of the 2012 Growing Business Awards, hosted by Real Business and the CBI, will be announced at the fabulous awards ceremony, hosted by Steve Cram, on November 27, 2012, at the London Marriott Grosvenor Square. To find out more about the Growing Business Awards, in association with Lloyds Bank, and in partnership with Lloyds Private Banking, Land Rover, Cavendish, Cass Business School, Visa, Spring Law, McLaren, Bdaily, visit our awards website. Image source