City Breaks in Newcastle surveyed 1,000 UK SME bosses aged 18-44 to find out what they loved the most about being a business owner. And while many emphasised the ability to create their own products and see direct growth from the work they put in, four perks in particular stood out above the rest.

Being your own boss: 76 per cent

Life as a business owner is no slice of pie, but for some being the head honcho was a clear motivator. You get the freedom to make your own decisions and you’re recognised for building something from the ground up. It’s no surprise then that three quarters of City Breaks in Newcastle participants cited it as the perk they loved most.

In a way, nothing will push you to work harder and smarter than the responsibility of having your name on the door. Running a business would also undoubtedly give you the motivation for self-improvement – and you really don’t need to think about climbing that corporate ladder.

To quote Dolly Parton: “Working 9 to 5, what a way to make a living. Barely getting by.” Whether we like the song or not, we’ve all connected with the lyrics at some point. And the pressure and stress of working such long hours has many instantly setting their sights on being a business owner.

In fact, most claimed it was their saviour in terms of creating a better work-life balance. Can you imagine the possibility of scheduling work around family life? It’s the reason why the number of people citing it as important increased from around 64 per cent to 85 per cent among 20-24 year olds. It also leapt to 89 per cent for Scotts.

Having the final say / managerial duties: 40.4 per cent

With 40 per cent of respondents saying they love having the last word, it’s reasonable to say plenty of bosses enjoy being in a position of authority. More specifically, having the freedom to make decisions, your own decisions – whether right or wrong – without having to ask for permission or approval, was key to the decision of being a business owner.

But City Breaks in Newcastle came across a gender divide when it came to taking charge. While 50 per cent of men loved being the decision maker, only 27 per cent of women felt the same.

Putting your team together: 25 per cent

A quarter of all business owners surveyed by City Breaks in Newcastle believed recruiting the right candidates was one of the best parts about their job – compared with under a tenth of 18-24 year olds. Despite the passion entrepreneurs had for their work, it was never easy going it alone. So to truly see the business take shape and grow they needed people that could realise their vision.

It came down to having the ability to pick those who would represented both the company and its founder. There was a certain delight to be found in securing people with the right values and skill set. 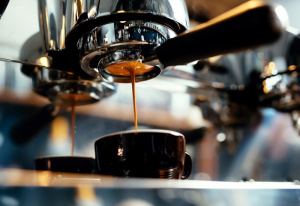