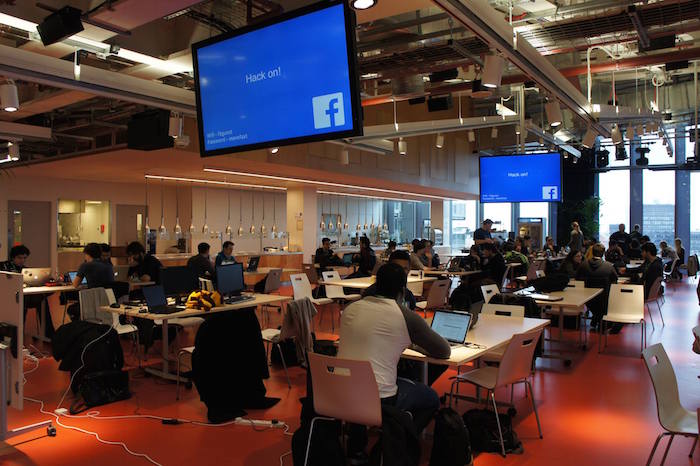 Share via
We have all heard the legendary tales of the Facebook hackathon ? they were the starting point for two of the social networking site?s most familiar features ??messenger and the ?like? button. Meanwhile,?Instagram?s Hyperlapse feature was also born out of a hackathon. Only a few years ago, these events were typically the domain of startups striving to boost innovation as a way to compete against the big guns in the tech world. Nowadays, hackathons are used by companies of all shapes and sizes to encourage employees to push the boundaries of their skills and tackle big problems. They can also act as a lure for top talent and help shape the reputation of the company as cutting-edge and innovative.

As a sprint-like event, hackathons revolve around intensive working project groups, and ask computer programmers, developers and entrepreneurs to collaborate to achieve a particular business goal. Whether this is to design a new product or to evolve the company culture, the overall drive is based on harbouring a creative platform for people to propose new business ideas.

So, why should you invest time and effort into holding a hackathon? The first reason is fairly obvious; hackathons are a hotbed of innovation. They create a designated day or week where your employees have the chance to step outside their comfort zone and propose big ideas.

Hackathons also act as an excellent way to strengthen relationships between internal company departments, but also wider within your customer-base. Nothing helps build a rapport than having to work as a team to devise a solution to a substantial challenge. Finally, hackathons can help you both attract top talent from outside the company, and also find those existing employees who have an undiscovered aptitude for a particular piece of tech.

Making hackathons work for you

So, you?ve committed to holding a hackathon. But what do you need to do, to actually make it a success??

Creativity is the key ingredient for any hackathon. As is pushing employees to step outside their regular roles and try something new, often with people they don?t interact with regularly.

For this to work, you need to make sure you create an environment where people feel comfortable to be open and honest. Creativity is based on being able to share thoughts on not just where things are working, but where they aren?t.

Encouraging people to be frank with their suggestions will mean you end up with a more accurate picture of how products (or the company as a whole) need to be improved.?

Where you actually hold the hackathon can also be a source of inspiration. For example, a British train company opted to hold its 48-hour coding marathon?in a train carriage, and saw one team come up with a way to scan carriages and let passengers know about seat availability.

Running a hackathon with a specific aim in mind does help keep people on track, and ensure you have usable ideas by the end.

But you must be careful not to dampen creativity and reign people in to the point where they pursue one goal so rigidly that they lose the ability to think outside the box.

Giving people a steer in the right direction is advisable, but shouldn?t see innovation suffer as a result.

Ultimately, successful hackathons rely on your company following up on the ideas that come out of the event. This means taking the best one or two ideas, and setting to work on testing and implementing them.

It is all too easy to get sidelined after the hackathon is over and everyone is back in the office. If you?ve put in the effort to make innovation a priority, don?t then let it slip down your list.

It?s also important to communicate to the rest of the company about the successes achieved during the hackathon. And this means sending out regular updates during the event, with a full wrap up once it?s ended.

This will help with getting buy-in from and engaging with each department, not just developers and R&D. And this means that any ideas that are implemented will be seen as a step forward for the entire organisation, not just those who participated in the hackathon.

With the right planning and approach, hackathons can provide the momentum to take your company to the next level; they can help you succeed in developing a new product innovation, find your company?s next rising star or become recognised as a cutting-edge player in the tech sector.

Whether you?re battling against your competitors or looking to stand out from the tech crowd, put a hackathon to the test and see where some creative thinking can take you.