Have you ever heard this ancient wisdom tale?

There was once a king who wanted to marry off his daughter. He wanted to find a smart and wise son-in-law, so arranged a test for all her suitors. They had to go into a dark room and determine what was in it.

One suitor after the other came out of the room with bright, clear insight shining in his eyes. Convincingly and eloquently, each described what he had found. One had found a pipe, another a rough wall … a rope, two sails hanging, two spears, four columns–. As they started arguing and debating, the king wondered sadly if his realm was inhabited by fools.

Then, the palace janitor came by on his cleaning rounds. He went into the darkened room, turned on the lights and called out, “Look, there’s an elephant in here!”

All fables have a point: this one shows how easy it is to get stuck in a limited perspective. Many managers, organisations and current management techniques, suffer from at least one basic blind spot, to the point where we can’t see the forest for the trees.

This fundamental blindness is the greatest problem facing modern management. Leaders make decisions in the dark based on just a fragment of the entire picture. You could call it single perspective blindness. Management techniques are sold, bought, learned and applied before everyone agrees on a realistic understanding of a company. In other words, before anyone has turned on the lights.

We can now state with conviction: the traditional paradigm was based on a misunderstanding of what a company really is. We should start by asking: what is a company – really?

Philosopher and author Ken Wilber is a leading spokesperson for a more integral approach. Wilber maintains that any field of study or situation needing to be managed, can only be dealt with effectively via an “All Quadrants All Levels” (AQAL) approach. The All Quadrant signifies looking at every situation using four different but complementary perspectives. The individual, collective perspective, objective and subjective aspects, have to be considered if you want to approach any subject in an integral manner.

The performance and behaviour of the individuals that make up a company can be studied. We can also view the company as a collective of individuals. As a collective, they create a complex social system; interacting with each other, as well as with external suppliers, customers and society at large. Both the individual and the collective perspectives are, according to Wilber, essential to understanding the dynamics of a company.

The second demarcation line runs between the objective and subjective aspects of a company. The objective aspect is, quite simply, that everything is visible and observable. This includes people, buildings, machines, equipment, products, documents, money and much more.

The final perspective defines and determines the dynamics and functions of a company: the subjective domain. As soon as you begin to take an active interest in the subjective domain, you find powerful causes for the success or failure of any company. This includes factors like people’s level of maturity as well as the quality of leadership—both are interior or subjective aspects of the individuals that make up the company.

All kinds of cultural issues can be found in the subjective dimension of the company. We may find shared attitudes or values, or lack thereof and can also find a widespread sense of belonging, loyalty and identity with the company, or the lack of it.

What do we see with the light turned on?

We don’t see machinery that can be run by a command and control management style. Is it possible that a company is a large, complex and volatile living system that cannot be shaped and controlled the way you control a “piece of machinery”? With the lights on in all four quadrants, a company really is a living system that follows a few basic laws manageable through integral management.

What do we really mean by integral? Everyone knows that Integral means something is whole, complete and fully functioning. So a company is well integrated when it is whole, healthy and performing to its full potential. Right? When leadership, teamwork and local initiatives from co-workers all coincide and pull together in the same general direction, you begin to speak about a well-integrated company. Building such smoothly operating and highly maneuverable organisations is what integral management is all about.

Believing in magic and miracles

In order to know what’s going on in people’s heads, a dialog is necessary. Most managers use management hierarchies to communicate. A one hour PowerPoint presentation should do the trick, and the message should effortlessly cascade down through the management structure.

That is a perfect example of corporate narcissism. “I am in the centre of the universe. The rest of the people are just an extension of my own god-like appearance. They should read my mind in a way that immediately results in strategically focused plans and actions.”

Once the lights are turned on, it’s obvious a company needs to set up an infrastructure for communication and an engine for driving the strategy (we are not talking about a new computer system). Anything else would amount to believing in magic and miracles.

An infrastructure for communication takes into account that humans need autonomy, belonging and a meaningful direction for their work. No big surprise—people want to contribute to the team and a meaningful strategy.

That takes professional dialog. Trying to manage a company with limited access to everything happening between the ears of your co-workers, is definitely not a recipe for success! An infrastructure for driving a strategy á la integral management is designed to remove the mystery from leading a company.

Getting this dialog going is just the first step; plans and actions to influence how opinions, values and attitudes develop in your company. The ability to mobilise collective energy, as well as the individual intelligence and creativity of every employee towards common goals, is a competitive edge that no company can be without.

Mats Eriksson, Integ Partner and author of the new business-fable, The Salamander Club. 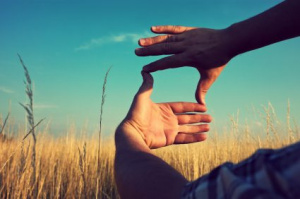 Time for business leaders to look back to the future 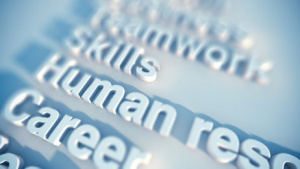