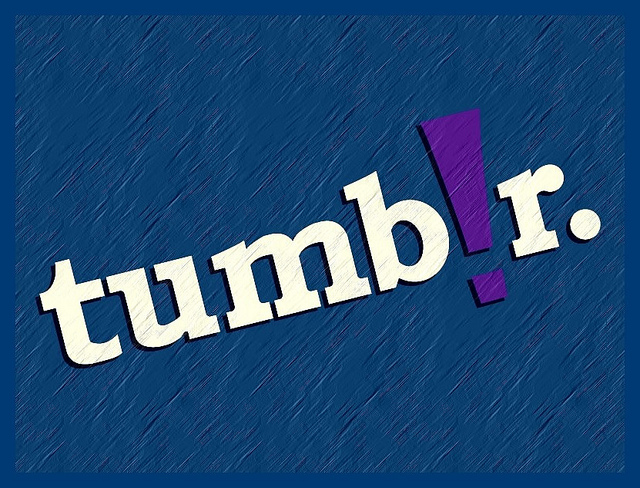 Indeed, while each of the top 100 global brands have Facebook and Twitter accounts, only 30 per cent of them have embraced Tumblr. This is rather surprising given the site?s impressive user statistics: in a survey from ‘Global Web Index‘ in December 2013, 34m people said they contribute to or use Tumblr on a monthly basis. As of July 2014, the site had generated 83.1bn posts from 196.8m blogs.

There?s no magic formula for hitting the jackpot on Tumblr; rules and logic don?t seem to apply. A GIF from a TV show can gain over 150,000 notes, while a picture of a gold watch can gain over 260,000 notes. These are all visual posts, but on a site like Tumblr the fact that visuals do better than text goes without saying. So what guiding principle can be used to instruct a Tumblr strategy? The key to all social networks is to deliver something ?new?, and that?s especially true of Tumblr. A Kim Kardashian GIF may not be unique in itself, but it can be applied cleverly by other users to make a point; this ?creative recycling? contributes to boosting its notes.?

It?s about playing the long-game

Success on Tumblr is not immediate. You need to consider a long-term strategy that puts imagery and creativity at the forefront, and makes use of the area that Tumblr excels at: tagging. All blogs make use of tags. They help the blog owner order their posts and make searching easier for the reader. On Tumblr, however, they?re not just an effective means to organise posts, but a vital way to amplify them.? Search for a word on Tumblr, and you?ll be inundated with a seemingly endless list of results, no different than if you?d put the same search into Google. Your search can be very broad or very specific, either way it?s likely to bring up a vast number and variety of posts. The depth of content is limitless, as is the opportunity for brands.?

If it?s good enough for Disney?

Tumblr is a tremendously powerful content discovery network where the most creative and unique content succeeds. For the release of its 2014 film Maleficent, Disney set up a Tumblr blog called Evil is the New Black, brimming with visual information. In terms of content, Disney provided clips from the film, but was not reliant on it. Instead, it leveraged the iconic status of its star, Angelina Jolie, to appeal to its core demographic by adding fashion content. This allowed Maleficent to be more than just a film; it was a statement.? Coca-Cola is another global organisation to embrace Tumblr, positioning its blog as ?where happiness lives online?. Its posts are split into distinct categories, while the blog emphasises creative and reactive content, and although the vast majority of posts include a Coke bottle, the blog still feels lightly branded. Rather than repeatedly forcing the product, Coke instead makes it secondary to the core brand value.

How to make Tumblr work for you

Tumblr isn?t just about putting your posts out there and expecting them to be well-received. It?s about being an active part in the wider community. Your posts should take up around 80-90 per cent of your output, but you should also re-blog; it makes you look generous, respectful and, most importantly, a part of the group.? Finally, be patient. Tumblr blogs can be built in a day, but successful ones can?t. Take your time to devise a smart, long-term strategy and bit by bit, bloggers will find you, engage with you, and ultimately buy your product. Paul Bullock is content marketing expert for Fast Web Media. Image source