That women are being hindered by male beliefs, unintentional or not, is no longer a new story. When senior executives start to peg it down to a male-dominated culture, however, you know it’s time for a change in perspective.

According to new research from Harvey Nash, one-quarter out of 600 directors, CEOs and senior executives find that male-dominated corporate cultures are the single biggest barrier to women reaching the board. So it comes as no surprise that most believe today’s corporate cultures are dramatically reducing the length of time women are prepared to stay and develop their career with their employer.

‘The Balancing Act: a study of how to balance the talent pipeline in business’, undertaken by the Inspire Board Network and Harvey Nash, seeks to remind companies that the benefits of an improved culture is not to elevate the position of women in society. Although the work flexibility is a particular issue for women, the gains for employers to a different approach across the whole workforce are significant.

To tackle this counter-productive approach to the workplace, women respondents cited an improved culture, flexible working and the removal of unconscious bias in the workplace as the most effective way to persuade them to stay longer. Men agreed with the top two, but believe that better investment in technology, such as video conferencing or laptops for remote working, would make a better third choice.

Carol Rosati, co-founder of Inspire and director of Harvey Nash, said: “Organisations are failing to recognise that in today’s world, employees of all genders want different ways of working. Often, the bias that creates this male-dominated culture is unintentional and unconscious.”

Without realising it, senior managers often celebrate presenteeism and reward employees who they have the most immediate access to. A different approach to managing all employees will help re-balance gender in the talent pipeline. This will also create a more productive workforce and improve retention. These initiatives don’t need to be expensive, but businesses need to start changing the way they operate to achieve these gains.

The report also revealed that there is little appetite for change among organisations. Over half of respondents felt it would take at least ten years before women make up one-third of private sector boards and over 16 per cent thought it would take more than 15 years.

Just a third of Boards accurately reflect the social make-up of their organisation’s customer base, with 60 per cent feeling they do not. Under two-thirds of respondents felt the single most important reason to ensure women reach senior and executive levels is because diverse executive committees are stronger.

According to Alexa Bailey, co-founder of Inspire and consultant at Harvey Nash: “The kind of activities that are seen to help an individual’s career, such as additional networking opportunities, social events, or staying longer in the office, are harder to participate in for anyone with responsibilities outside of work. But if a different approach to the workplace is adopted, everyone is equal. A diverse board is a stronger board, better able to identify and take advantage of commercial opportunities.”

By letting too many women opt out of corporate life halfway up the career ladder, organisations risk disconnecting with their customers, weakening their competitive edge and missing out on further opportunities. This isn’t a talent issue, it’s simply a bottom line business issue.

Just one in nine felt their organisation was successful at retaining, developing and promoting women up the career chain. Despite this, the overwhelming feeling is that gender quotas are not the answer; 67 percent in the survey are against the introduction of these and more are in favour of targets.

To discuss this issue with female leaders who have made it to the top, join us at the Women of the Future Summit, 15 May, a day to help businesses build world-class female-friendly organisations and inspire female leaders. 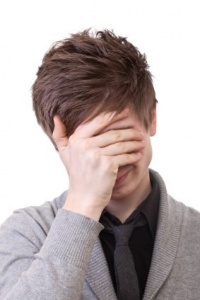 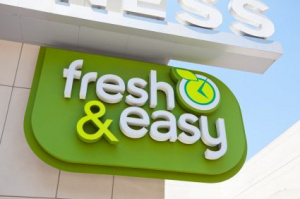 Has Tesco lost its touch?