This increase isn’t from individuals looking to minimise their tax liabilities by acquiring residency in “havens” such as the Caribbean, Caymen Islands or British Virgin Islands. It’s from people who are looking for a second passport in order to remain EU citizens. So countries such as Austria, Cyprus, Ireland, Luxembourg and Malta have become some of the hottest places to live.

By default, these countries have turned Brexit into an incredible business and growth opportunity; not only are citizenship-by-investment programs generating a generous amount of money, and have helped some of them out of debt, but as they attract the crème-de-la-crème when it comes to business success, talent and wealth, it has also had a positive impact on the local community as new networks and corporate opportunities have been created. It’s a win-win.

Since the UK voted to leave the EU, Austria and Cyprus have experienced a 50 per cent uptake in passport enquiries; but it’s Malta that is really making headway. In the last year, the EU’s smallest member state has seen a 60 per cent surge in passport enquiries from individuals who want to hold on to their free movement rights.

In fact, a new survey revealed 69 per cent of UK citizens would be prepared to spend a considerable amount for the privilege of a second passport; something that suggests that in this era of globalisation, citizenship and passports have simply become a means of accessing bigger and more attractive opportunities in international markets.

From a geographical perspective, many argue that Malta is ideally situated, with excellent and easy access to mainland Europe and Africa. With efficient regulatory processes, political stability, strong credit rating and well-educated and English speaking residents, Malta represents an attractive proposition for “setting up shop”.

General living conditions are also favourable with a good climate, strong economy, safety and efficiency. Therefore, it’s not difficult to understand why the Maltese Individual Investor Programme has become the most popular European investment migration program.

Having attracted heavy criticism for being too lenient when it came to issuing citizenships, the application process is now considered to have the world’s strictest due diligence standards and vetting of applicants. It is also the most financially successful program globally, as its helped to secure more than €1bn in new capital for Malta within the first 18 months of operation.

The Individual Investor Programme states that any successful applicants need to invest a minimum of €350,000 in real estate in Malta. A recent report reveals that between July 2015 and June 2016, the total value of the 27 properties purchased by “new” Maltese citizens amounted to €28,322,519.93, averaging €1,048,982.22 a piece; significantly above the minimum threshold.

Malta stands to significantly benefit from the repercussions of Brexit as more companies are expected to move to its shores. It also has a number of advantages that is supporting its emergence as one of the world’s most important financial jurisdictions with membership of both the EU and the Commonwealth and a solid tax framework with 65 tax treaties internationally.

Chetcuti Cauchi Advocates, a law firm specialising in residency and citizenship by investment programmes, reports that in addition to the nearly €27m that has been invested into stocks and shares, the total investments through this program is amounting to €216m, which in turn accounts for almost 2.4 per cent of the overall GDP.

So despite some people criticising these investment programmes, they bring in a significant inflow of foreign direct investment, which directly contributes to the economic growth, and wellness, of the country. That Brits are looking to the country for their corporate means is testament to that.

Also, it should be noted that a robust EU-compliant regulatory framework, diverse ecosystem and highly-skilled workforce have all helped to contribute to the success story of Malta and it’s time for other countries to follow suit. 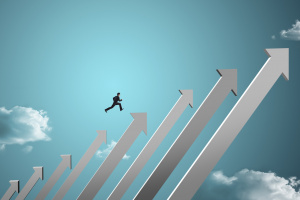