In today’s unpredictable market, it’s crucial for businesses to be armed with the right insights and strategies to better manage their costs. For businesses operating a fleet, fuel is one of the largest expenses they face, and keeping costs down presents an ongoing challenge.

Petrol and diesel account for the biggest proportion of operating costs for any business vehicle, from around 10% for the smallest vans to as much as a third of total operating costs for the largest vehicles. With commercial vehicles in the UK travelling 116.9billion miles per annum, the costs soon add up.

How were fuel prices impacted in 2018?

Historically, supply and demand factors have had the biggest influence on fuel price. Throughout 2018 however, this became increasingly decided by a range of geopolitical changes which made petrol and diesel costs particularly volatile last year.

Politics have a part to play

Factors including US sanctions on Iran, Venezuela’s drop in production, as well as Russia and OPEC’s decision not to increase production, led to a four-year high in petrol and diesel costs during 2018. Brexit has also had a significant impact. Following the June 2016 referendum, the foreign exchange rate (FX) plummeted and remains markedly reduced. Reflecting this, the price of fuel has increased by 9.14ppl, with 5.19ppl of that amount directly related to FX.

In the last quarter of the year, we saw the value of oil drop by 30% due, predominantly, to the evolving US-China trade war. Moving into 2019 however, we have started to see an increase in fuel prices, as OPEC and Russia attempt to cut supply.

How can businesses protect their budgets against fuel price uncertainty in 2019?

If the current economic and political trends continue, it is likely that we will be operating in a less globalised world in the near future. As such, fleet managers will need to adapt their approach when it comes to managing costs and navigating regulation.
Thankfully, there are steps that businesses can take in ensuring they reduce their overall fuel spend and mitigate any unexpected changes. These include:

Global issues drive commodity prices, so if the price of crude oil is driven up, it is likely that the price at the pump will too. There are issues closer to home that will also influence the price we pay, such as UK government policies, Brexit, and the impact of FX. Keep a close eye on the news for any mention of changes in at-source oil pricing. Similarly, any major fluctuations in the foreign exchange rate as a result of current affairs will be reported in the national or financial trade press.

While the price of fuel has risen in recent years, it’s important to note that oil prices do go down as well as up. Where possible, avoid speculating about fuel pricing, particularly when it comes to setting out the annual budget. Instead, plan for what you know, and include a contingency for any unexpected downturns.

Focus on the things you can influence

Global politics and the economy are non-negotiable. Instead, focus on the factors within your control and look to maximise the impact they can have on the company budget. Review how the company purchases fuel and assess if there are any tools that your company is not currently utilising, such as a fuel card that offers access to discounted fuel at the forecourt.

Using these tips, fleet operators can work to lower their spending on fuel, while gathering greater insight into the factors that will be affecting fluctuations in price. 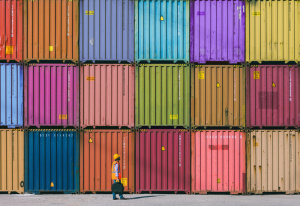 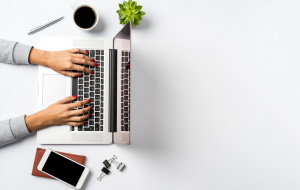 Employees come and go, but are they taking trade secrets with them?