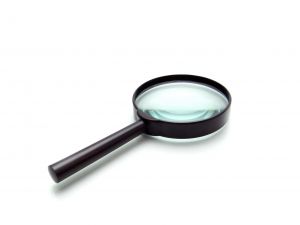 If only the world was so cooperative. Unexpected events can throw the most carefully defined plan into confusion. Skilled managers have to be able to adapt and perform trade-offs between different goals and constraints.

And then there is the challenge of wicked problems: goals and objectives that cannot be carefully defined in advance. Problems for which there is no ?right? answer. Fixing the healthcare system is an example of a wicked problem because different stakeholders have competing needs and would argue about the merits and drawbacks of any proposed solution.  Wicked problems can arise because not enough is known at the outset to specify all features of the goal, because there is no optimal solution, different stakeholder communities, or because a rapidly changing context is likely to render the original goals irrelevant. Lower-level managers are usually given straightforward projects with clearly defined goals, but as they move to positions of greater authority, they are more likely to wrestle with such problems. Unfortunately, their previous success in tenaciously pursuing the initial goals may now get in their way because wicked problems demand that we revise, not our plans and tasks, but the goals themselves. Research has shown that most mid-level managers cling to their original goals even after it is clear that they are obsolete. Here is where management by discovery comes into play. If the project or programme is sufficiently important, the managers will have to start work even with goals that are vague. They are more likely to achieve an acceptable outcome if they can modify the goals along the way, making discoveries rather than rigidly clinging to the initial objectives. The concept of management by discovery is that adaptive leaders and managers try to learn more about the goals even as they are pursuing them. Wicked problems won?t clarify themselves. The only way to make progress is to gain insights about the goals by struggling, learning and adapting.

Some insights arise by seeing connections, like Darwin reading the work of Malthus on population pressures and realising that survival of the fittest might be a driving force for evolutionary change. Other insights arise from spotting contradictions. For example, in 2003-2006 a few Wall Street investors spotted the contradiction that housing prices in the US could not increase forever, but the market bubble would pop if housing prices merely levelled off; these investors were able to make billions during the economic collapse of 2007-2008. The third pathway involves creative desperation ? finding a flawed assumption that needs to be discarded. In this way, Lou Gerstner managed to turn IBM around by shifting its emphasis to providing services and integration, rather than its original mission of selling business machines. In business, more than one of these pathways may come into play. For instance, in the late 1940s and early 1950s the Xerox corporation developed the technology for making paper copies that didn?t involve messy chemicals. The Xerox business plan was to license the technology to a larger firm with capability to manufacture and maintain complex devices. But none of the major companies were interested because Xerox machines were much larger and expensive than existing devices such as mimeograph machines. The original plan wasn?t going to work (a contradiction insight).  Xerox considered selling or leasing its machines on its own, but worried that the costs were too high. Things looked bleak until a sales representative came back with a new piece of information (a connection insight) that trial customers were making more copies per month than they expected or appreciated. That observation led the Xerox staff to consider a different business model: making money from the copies, not from the machines (a creative desperation insight of abandoning a flawed assumption).  Xerox switched course, stopped trying to sell it machines, and offered very inexpensive leasing rates. Customers only had to pay a nickel a copy, which seemed so reasonable. The average Xerox 914 copier (which cost less than $2,500 to manufacture) was soon making over 10,000 copies/month. And Xerox Corporation was on its way to success. If the premise of management by discovery makes conventional managers uncomfortable, they should consider the software industry. After many years of cost overruns and rejected products, software firms pioneered techniques for rapid review and revision cycles to accommodate the discovery process. But other industries can?t seem to break free from the traditional planning mindset. They rely on practices such as tying payments to the initial schedule and conducting progress reviews to measure cost and expenditures as specified in the original plan. These practices fit well-ordered tasks, but they become barriers to the insights and discoveries needed when facing wicked problems. Gary Klein, Ph.D., is author of ‘Seeing What Others Don?t: The remarkable ways we gain insights’. Image source