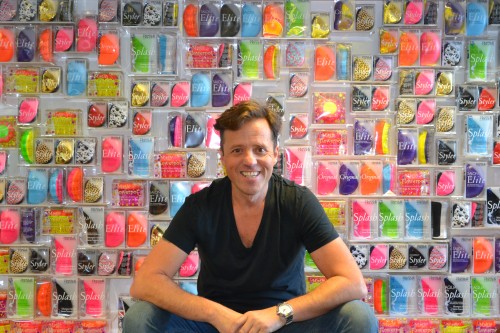 Share via
Anywayup cups (further described in the video below) founder Mandy Haberman applied for a patent for her prototype spill-proof cup in 1992, which protected her concept of controlling the flow of liquid through a special spout. Then, helped by an international Anwayup trademark and teamed up with V&A Marketing, the cup started to sell at an astonishing rate of 60,000 per week.  “After that, it snowballed,” she said. Haberman explained that 18 months after the launch of the product, she discovered that one of the companies she approached for licensing at the beginning of her journey was making a product similar in design to the Anywayup cup. Of course, she decided to sue the company for infringement. “Because I had patents, I was able to go to court, defend my idea, enforce my patent rights and that meant that I kept my monopoly in the market,” she said. “This made me a lot of money; if I had not had the patents, I would not have made anything. “As a result of my US patents being declared valid in court, other companies have since requested licenses. So financially, overall, enforcing my rights has turned out to be well worthwhile for me.” Since then she has been a strong supporter of strengthening the current IP system. Read more about infringement cases: “Sadly, the way that most patent systems currently operate, litigation forms a major part of the small inventor’s life, sapping resources and creative energy that should be put to better use,” she wrote on her website. “Until the system is improved, home trade and industry will continue to suffer. “When money is tight budgets are diverted from innovation and design. Instead of planning for the long term, businesses focus on short-term gain. Copying is, unfortunately, often perceived as the quickest, cheapest way to go. There will be a significant rise in imitation for this reason.” Of course, one of the guests highlighted that the cheapest way to protect your product was by filing design rights. But one look through the government’s own distinction between design rights and patents suggests that “if you want to register an invention or how a product works – you’ll need a patent instead. You cannot protect the functionality of a design – eg a chair that folds down more quickly than others of the same kind”.  For many inventors this will mean opting for a patent. Read more about patents:

Much like Haberman, Pulfrey came face to face with his own product… made by a different company.

Despite his setback with Dragons’ Den, he went ahead with the his idea, using his “savings over a three year period.” “I even remortgaged my flat in Brixton for £25,000 when I later launched from a sole trader to a limited company,” he said. “And I knew that if the product took off, people would be queuing up to copy it. From day one, it was really important to me to protect my idea.” “I did a lot of research myself into the protection that might be available. I spent a lot of time in the British Library trying to get the right design, but also trying to work out if my product was patentable. Patents are mind-boggling so I sought professional advice. I used patent attorneys to file our applications as I wanted to get it right. I thought it worthwhile to spend some money on professional help.” “Being first to market has been of huge importance, but so has having worldwide  protection. We take a zero tolerance approach to anyone breaching our patent. Having rights in so many countries makes trying to combat counterfeiters and patent infringements much easier. “I am glad I was smart enough to file for IP globally as a start-up business and it was one of the best investments I have ever made.” In a government case study he suggested: “Register as much as possible as soon as possible. Registering can be expensive, but try to think ahead to your biggest markets and make sure that you are fully protected. I’m so glad that I spent what little money I had on as much coverage as possible. “One of the most important pieces of advice I got was from the IPO. They stressed the importance of keeping my innovation a secret until I had filed my patent applications. I had no idea that getting protection after entering a market place might not be possible.” By Shané Schutte