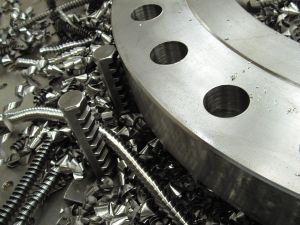 Almost half cited a rise in private equity activity as a primary driver for this increase.

This is according to Deloitte?s bi-annual ‘Manufacturing and Industrials M&A Predictions‘ report, where M&A chiefs gave their views on the current economic environment, deal drivers, valuations and key themes of successful deals. Companies surveyed have a combined market cap of nearly ?300bn. Ross James, UK Corporate Finance Manufacturing industry leader at Deloitte, said: ?While corporate sector fundamentals have been strong, economic uncertainty over the last few years has significantly dampened corporate risk appetite.  “However, since the start of the year, stronger economic growth forecasts across many western economies, particularly in the UK, have given a major boost to confidence and, as a result, interest in M&A activity. Our latest CFO Survey suggests that risk appetite among UK CFOs rose to a six-and-a-half year high in the first quarter of 2014.? Emerging markets were the most likely place for acquisitions, with two thirds considering potential acquisitions in these regions. ?A significant trend in this survey is the increase of private equity activity in the industry. Nearly 44 per cent of M&A chiefs named this as a primary driver for mergers or acquisitions in the coming months – up 12 per cent from our Spring 2013 study. It is clear that CFO?s increased confidence, coupled with the strong availability of debt, allows for more competition for the available assets ? which could push valuations up.? A similar number of responses (44 per cent) also identified private equity-owned companies as a primary source of target businesses, up from 28 per cent last Autumn.  ?The same private equity portfolios have been looking for exits in the market, so we could expect more assets to be available for sale,” concluded James. Image source By Shan? Schutte