More precisely, manufacturers were the target of 200 deals during the second quarter of 2014 compared to 183 in Q1. That takes the total number of deals this year to 383 – 28 per cent more than the same period in 2013.

Furthermore, the report highlights that not since 2008 have the number of manufacturing deals completed in a three month period stood at 200 or more.

Geographically speaking the South East strengthened its number one position with 32.4 per cent of the total volume of manufacturing M&A, whilst the North West’s claimed 14.6 per cent of deals. This percentage was higher than Yorkshire, the West Midlands, the South West, the East Midland and East Anglia.

There has also been a slight increase in the percentage of manufacturing deals which involved private equity.

Chris Rawstron, Partner and Head of Corporate and Commercial at Irwin Mitchell said: “The message is clear. The manufacturing sector is driving a significant amount of M&A activity and with deal flow now 28 per cent higher than at the same time last year, the signs are that we are in for a very strong year.

“There was a slight improvement in Q2 in terms of the number of deals backed by private equity, but the percentage figure is still well down on what we have seen in previous years. But despite this, there are some very encouraging signs for the manufacturing sector and it is vital that any company currently considering their strategic options ensures that they take the appropriate professional advice to ensure their position in the market ahead of any sale or purchase is optimised.” 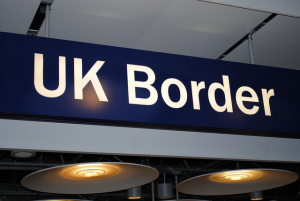 Is the UK’s Bribery Act a bar on corporate corruption prosecutions?