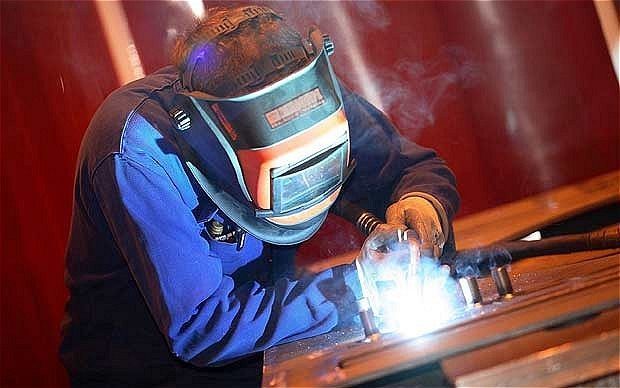 Increasing confidence among manufacturers is reflected in recruitment in investment intentions, which leads the manufacturers’ organisation EEF and accountancy BDO to predict that manufacturing firms will outstrip the rest of the UK economy next year.

According to the survey, manufacturing output headed higher for a balance of companies in the final months of this year and, taken together with a growing orders pipeline, EEF is forecasting that the sector will grow by 2.7 per cent in 2014 compared to 2.4 per cent for the economy overall.  The improved performance during 2013 has also resulted in EEF revising its forecasts for this year, showing manufacturing contracting by just 0.1 per cent and the economy growing overall by 1.4 per cent. However, the risks to a strong, sustained recovery remain evident with both output and orders balances down on expectations from the previous quarter with the export picture in particular looking more uncertain than in previous quarters. The continued strength in plans to invest and recruit does point to some optimism that the improving trend in manufacturing seen so far this year will be sustained. ?Over the course of the year we have seen a definite turnaround in prospects for manufacturing and this looks set to continue into next year,” says EEF chief economist, Lee Hopley.  “This increased confidence is evident in companies looking to increase their headcount and, most importantly for balanced growth, step up their investment. However, uncertainties in the global economy remain and a sustained recovery is not secure. As a result, growth must remain a priority for government over the remainder of this parliament, starting with the Autumn Statement this week.? According to the survey, output and order balances fell back from the three and two year highs reached last quarter.  Responses, however, remain strongly positive with balances of companies indicating output and orders increased in the past three months coming in at 19 per cent and 18 per cent respectively.  Looking at sector results, the strongest positive balances were reported by companies in the motor vehicles and electronics sectors. The domestic market continues to be a source of strength with a positive balance of 15 per cent of companies indicating UK orders increased. This strength is widespread and all sectors posted positive domestic order balances. Export balances, in contrast, drifted down and were lower than expected. The slower growth we are seeing from some emerging markets and continued sluggish growth in the Eurozone are contributing factors. Investment intentions for the year ahead strengthened further from 24 per cent to 27 per cent and remain at a six year high. This quarter, as with the employment results, companies of all sizes have raised their investment plans, a promising sign for official business investment statistics as large companies are responsible for the majority of UK business investment. Looking forward, the survey shows expectations for the next three months remain positive. Output is expected to improve next quarter with the balance of manufacturers expecting an increase ticking up to 25 per cent, whilst forward-looking orders balances are broadly steady at 19 per cent.