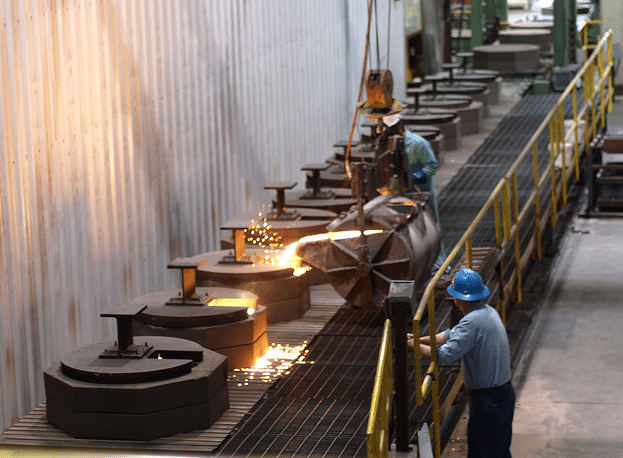 The latest figures from the CBI’s monthly Industrial Trends Survey show that demand for British-made goods is improving.

For a while now, British manufacturers have received lots of negative press, with many commentators painting an overly pessimistic picture of the industry, pulling it down. But the reality is that UK manufacturing is not dead. The sector is growing, and the numbers are promising. Numbers show that the British manufacturing industry is being led by export orders. The CBI’s research found that 24 per cent reported export orders as above normal, with the same amount to below normal. Not particularly impressive numbers at first, but as a rounded balance this gives -1 per cent; and compared with the -12 per cent reported in the July survey, this is a marked improvement. “Prospects for the manufacturing sector remain very positive,” says Lai Wah Co, the CBI’s head of economic analysis. “Demand is steadily improving, helped by the revival of export orders after some weakness last month, and manufacturers expect slightly stronger production growth in the three months ahead. “Inflationary pressures within the sector have not fully faded, and firms are predicting a faster rise in output prices over the next quarter.” Indeed, 30 per cent predict output will increase, while only 20 per cent anticipate a fall. But price pressures continue within the manufacturing sector, with a balance of 11 per cent of firms expecting to raise prices, compared to +5 per cent in the previous survey. Of course, competition from abroad remains a threat, but the numbers show that the world wants to see and buy quality British products. So let’s give them what they want. It’s vital that we remain a world-class leader in manufacturing, as this will drive the recovery forward. Our track record in manufacturing – particularly in clean tech and renewable energy – is something we should be proud of and promote. Let’s make the most of it. Even if your business isn’t directly involved in manufacturing, the industry is key to Britain’s recovery as a whole and it needs your support. Picture source