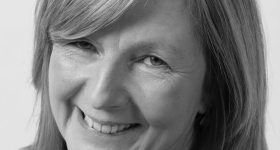 It has been a depressing time in news. Difficult to get out of bed without fears of global terrorism, ebola, and the worst British winter ever about to hit us. Amidst all this it would be easy to overlook the smaller gloom of what looks like less comforting economic news.

Since the start of September, we have seen reflections on the end of the recovery due to slow growth in output and demand in August.  In Britain, the Markit/Cips purchasing index was reporting the slowest growth for over a year, encouraging fears that any economic growth might be slowing.  The Euro zone reported a similar picture of deteriorating demand.  This poll shows figures of both output, orders and job creation.

One culprit for this offered was the Ukraine crisis, affecting our economy as export orders slowed to a five month low. Not good news for a government keen to encourage export trade rather than domestic, which they believe the high rises in lending the Bank of England reports, indicates we are too reliant on.

The age of austerity might possibly not be helping lending either, but that isn’t perhaps something they want factored in. It is not so much a question of us lacking in huge orders from the Ukraine itself but more the general shaky state of the Euro zone brethren with Putin on their doorstep. We are not alone in the slump. Overall Europe felt the pinch. France’s figures showed the worst slide for well over a year, Italy went backwards too all putting pressure on the European Central Bank to shore up growth. Greece and Ireland made unlikely heroes. Germany, who we have so oft admired for its robust economy, slumped so badly in August it is expected to be heading back into recession. Industrial output there shrunk 4 per cent as opposed to the expected holiday time dip of 1.5 per cent. More worrying, was the fact it was the biggest slump for five years.  There are mutters of rebounds in manufacturing through the winter in the German corridors of power. American reports the same pattern of September slow down, new orders and employment totals shrinking.  Brazil’s economy – much publicized due to forthcoming elections – reports similar trends. Amidst all the gloom and doom, only the car industry was attempting to still call the figures seasonal, claiming so many factories had closed a week later than last year. But that said, good on them.  Manufacturing needs all the good PR it can get. Manufacturing got off to a good start this year but we are still way behind pre-recession levels and news of slowing growth is hardly going to help confidence.  And it is confidence and investment that will see us capitalize on what overall economists still believe will be a solid year.

What I find the biggest mystery is that here we have a section that makes up a tenth of the economy; that has huge influences on every other sector; global figures and Bank Policies. It is perhaps the most exposed to the flightiness of foreign policies, relying as it does on its export markets. Yet it is still totally disrespected in Britain.

The governments allow us to  drown in red tape, bureaucracy and Eurolaw and have fast ceased to try championing manufacturing as the next vote winner.

Our planning departments avoid it like the plague in favour of green science parks which are more politically friendly. Investors are attracted by equally fast and shiny quick bucks rather than solid production machinery, especially the newer types which most firms across this country badly need to compete.

We do not bring up our sons and daughters to say I want to manufacture when I grow up.

Manufacturing is the country’s dirty secret that everyone is happy to look down on. Yet with just a little more encouragement, a little more investment and support and one massive change of reality, the hugely influential sector could be Britain’s new best friend.