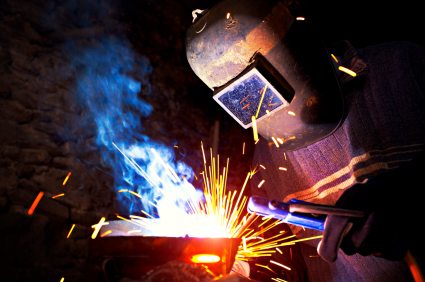 The manufacturing gloom has hit us again. Output among the UK’s small and mid-sized manufacturers has seen its biggest fall since 2009, reported business body the CBI this week. But the doomsaying doesn’t comply with other research, which is reporting significant rises in manufacturing activity. What state is the sector really in?

On the downside, the CBI survey reported a fall in output for 23 per cent of the 359 respondents over the last three months. Only 23 per cent saw an increase. This results in a minus five per cent balance, the first fall in output since October 2009. The figures are highlighting the effects of a sick euro zone, as export orders fell by minus four per cent. Domestic orders were flat. Both are, however, expected to fall even more over the coming months, with balances of minus 12 per cent and minus five per cent respectively. “Challenging economic conditions, continuing uncertainty over the euro zone, and a broader loss of momentum in global growth, are clearly taking their toll on the UK’s smaller manufacturers,” commented Lucy Armstrong, chair of the CBI’s SME Council. “Production has fallen over the last three months and sentiment has deteriorated, while growth in demand stalled, with little improvement expected in the coming quarter.” The downbeat report, however, is not alone in a line of research on the UK’s manufacturing sector. Others paint a brighter picture. Some 52 per cent of of manufacturing firms surveyed for an index by Bibby Financial Services said they have seen their orders rise. 55 per cent have seen lapsed customers returning and 58 per cent have seen an increase in the number of enquiries they received. This suggests the highest levels of output in the manufacturing sector for five years, based on the data gained from 4,000 respondents. These findings echo statistics from the National Institute of Economic and Social Research, which reported a rise in manufacturing activity in May. Altogether these figures suggest a great level of confidence among manufacturing firms, while the CBI numbers saw optimism fall back. Why this stark contrast? One of the reasons is the same that is almost always determining the future of business: funding. “We would say that one of the reasons for those results, which contrast the CBI’s survey, is that by being a client of Bibby Financial Services, the businesses that take part in our quarterly index have a funding facility in place,” Edward Winterton, executive director of Bibby Financial Services, told Real Business. The CBI survey, on the other hand, reported a fall of investment for the coming year. Investment intentions for plant and machinery are at their lowest in three years, the figures say. “It’s no accident that our set of data is quite different, but what we can see is how a significant number of UK SMEs, across all sectors, are able to grow their business as a result of having funding in place, which is why we feel it is so important for the recovery of the UK economy that more businesses take advantage of financial support,” said Winterton. Is that good news? The banks’s lending capacities have been in a ditch for years. The Bank of England just cut its economic growth forecast for the next two years sharply, driven by the damage done by the financial crisis. The business funding landscape is, however, going through a momentous era of transformation. Alternative funding options are appearing and growing, and evolving into a jungle of options businesses only have to find out how to navigate. The opposite results of various surveys show that growing a business – in a any sector – is a double-edged sword when funding options are available, but the economic situation is bleak, and growth is generally stagnating. As manufacturing business entrepreneur and Real Business columnist Jan Cavelle expressed her worries about the manufacturing sector recently, the ‘gloom is widespread’. “Across the board, companies are cost-cutting and job-cutting, ensuring the cycle continues,” she wrote. “Traditional strongholds such as Germany are one of the worse affected. None of this is good news for our current government, who have waved the flag of British manufacturing being the way out of the current recession zealously.”