While political events – including those outside Britain – always have some form of impact on the economy, the “Article 50 tidal wave” we expect to befall us won’t be happening soon. In fact, our March 2017 economic statistics unveil some improvements only the most optimistic would have seen coming.

Many fear the economy will struggle in two years’ time when Britain finally leaves the EU, but we are assured that the short-term implications of May triggering Article 50 won’t be drastic. A quote from Ben Chu, economics editor of the Independent, aptly explained:

“Trigger is the wrong word. After pulling the trigger the gun fires and the impact occurs a split second later. Invoking Article 50 is like yanking the lever of a medieval trebuchet. The missile has been launched and is sailing through the air, but it will be a while before we see where it lands.”

As we wait to see how much damage that missile will do, our March 2017 economic statistics feature happily reports that Britain is going from strength to strength – since the referendum vote GDP increased by 0.7 per cent, with the Bank of England predicting the economy will expand by two per cent in 2017. It was further found that inflation hit a three-year high in February and the FTSE 100 hit record highs after an initial slump.

Indeed, there are signs of improvement, especially in the way of confidence. This was highlighted by the London Chamber of Commerce and Industry, which claimed the figure for overall company prospects rose by five points – it came out of negative territory for the first time since Q2 2016.

Turnover and profitability expectations went up 15 per cent and eight per cent respectively. And while the dreaded skills gap still rears its ugly head, the number of companies looking to invest in training has increased.

More importantly, a series of investments since the vote shows Britain has yet to loose its edge. For example, Dyson increased its UK-base, Toyota ploughed money into a car plant in Derbyshire, Jack Dorsey expanded the operations of Square by opening shop in London and Qatar announced it would invest £5bn in the UK over the next few years.

Of this, Tim Mills, investment director at Angel CoFund, said: “Article 50 should not eclipse the golden opportunity for businesses to flourish – the UK’s exceptional track record for innovation continues to make it ideally placed to benefit.

“A Tech Nation 2017 report revealed the tech industry contributes £97bn to the economy, and the UK enjoyed £6.8bn in tech investment last year. These statistics should instil confidence for a post-Brexit future, highlighting that investors haven’t been put off at all – this isn’t the preserve of the technology sector.”

If we could cite one change that came into immediate effect since the conclusion of the Brexit vote, then it would be the value of the pound. And as was explained by Azad Zangana, a senior European economist and strategist at Schroders, in our March 2017 economic statistics: “The depreciation in sterling has largely been as expected and we are now seeing the inflationary effects of higher import prices feeding through into household inflation.

“Inflation has continued to rise and we forecast it to increase to 3.5 per cent by the middle of this year, which implies disposable income will shrink further in the coming quarters, and should cause households to either reduce spending or savings. We do, however, expect a slowdown in consumption and therefore GDP.” 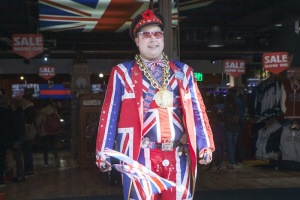