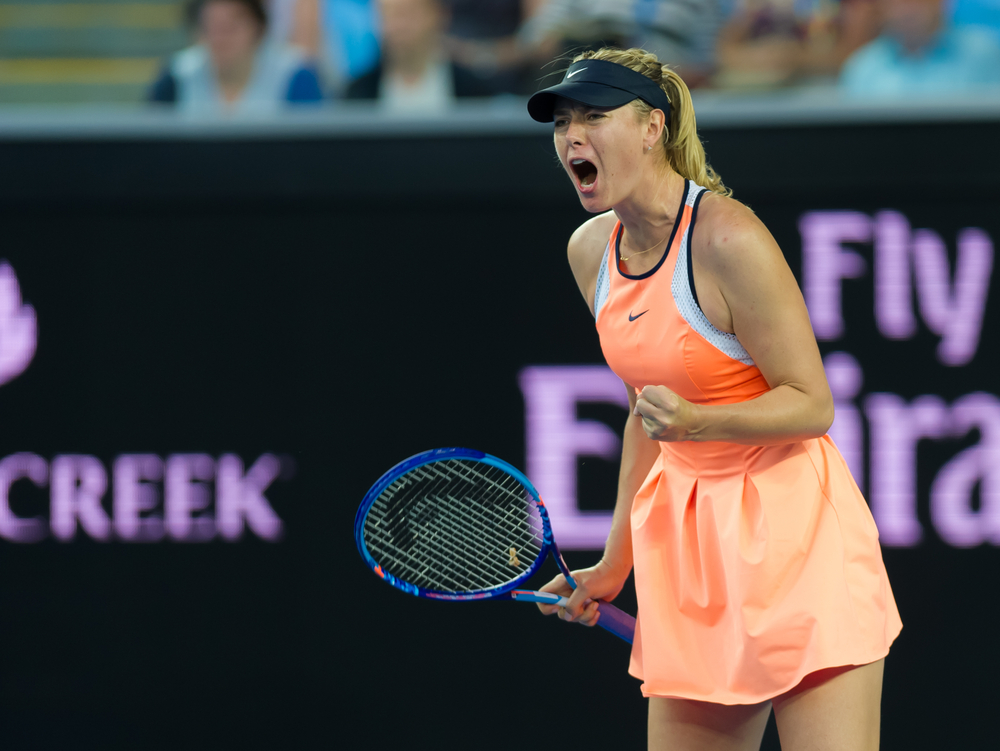 You might not have heard of him, but an analyst recently predicted that basketball superstar Stephen Curry, who plays for the dominant Golden State Warriors, is worth upwards of $14bn to sporting goods company Under Armour. According to Business Insider, this relationship could one day end up being worth more than Michael Jordan was, and still is, to Nike.

The big news is that Russian tennis player Maria Sharapova, who burst onto the scene when she won Wimbledon back in 2004, tested positive for meldonium, an anti-ischemic drug that was added to the World Anti-Doping Agency (WADA)’s banned substances list on January 1, 2016. Sharapova claimed she had been taking it for a decade and didn?t realise it had been added to the list. The interesting thing about Sharapova is that she is one of the highest earning female athletes in the world, despite not being overly successful. Her blond hair and Amazonian looks have meant that big brands such as Nike, TAG Heuer and Porsche have flocked to her with mega-bucks deals. In 2010, Sharapova inked an eight-year deal with Nike worth in excess of $70m. In 2015, Forbes predicted that she raked in $29.7m, despite only making $6.7m through her exploits on the tennis court. Alongside her endorsement deals, which also include Avon and Evian, Sharapova has her own confectionary business called Sugarpova.?The top 50 highest paid sporting stars in 2015 included only two women ? Sharapova and rival Serena Williams.

She is a branding machine, one which had the potential to run and run far beyond when she hung up her tennis racquet. Now her career is in tatters, with Nike, Porsche and TAG Heuer already severing ties. It brings up the issue of whether, despite both parties making each other vast sums of money, they are uncomfortable bedfellows. One, the athlete, has no particularly loyalty and is only really after the biggest pay day. They rack up endorsement deals like they are Sharapova?s own sweets and have a team constantly renegotiating terms behind closed doors. If a tennis player like Sharapova wins a big tournament, you can bet their team is knocking on the door of a brand like Nike suggesting the deal is worth more. On the flip side, brands love aligning products with sports stars but have constant paranoia about brand protection. They have complete control over marketing, advertising and staff, but what can they do about how a sports personality conducts themselves. All decent contracts will have clauses inserted making it easy for brands to ditch those endorsed, so it ends up feeling like a prenuptial agreement.

Tennis stars: Why marketability can be a blessing and curse for today's top players

Despite Sharapova being a Nike athlete for over a decade, the US sporting goods company will now be putting as much distance as it can from her. In a similar experience to the one Tiger Woods went through after his extramarital affairs were plastered across the world?s media, it is now damage limitation as she looks to preserve the few endorsement deals still in place. And who can forget the epic saga of Lance Armstrong, whose billion-dollar endorsement empire collapsed after he admitted taking performance-enhancing drugs to win multiple Tour de France races. And it is not only individuals who have the potential to upset brands. Recent times have seen major fallouts off the back of team decisions or player behaviour. In 2014, English football team lost lead sponsor Zoopla after striker Nicolas Anelka made an anti-semitic gesture and offended the company?s founder Alex Chesterman. Going back another year, Nike?s rival Puma ended a deal with the South African Football Association following a match-fixing scandal involving the national team. Everywhere you look in history there are cases of a major sports star or team and brand fallout, showing that both get something out of the relationship but have little to no loyalty at all. No doubt, sponsors like Nike and Porsche will already have an idea about which female sporting super star will be the next big cash cow. While Sharapova should be lauded for taking the decision to publicly announce her failed drug test and explain why, it?s going to do little in the way of providing a way back into bed with her previously lucrative endorsement partners.