When Mark Carney took over as governor of The Bank of England in 2013, many were optimistic.

Considering the dire economic situation the country was in at the time, optimism brought about by the promise of ‘fresh blood’ in a new governor was all they had.

The UK was still bearing a financial hangover from the 2008 global recession with high levels of unemployment. If anything, the stagnant situation demanded a leader who was unafraid and even expectant of a bumpy ride ahead.

With Goldman Sachs on his cv and described by the then chancellor, George Osborne as “the outstanding central banker of his generation”, Carney had the credentials and, it seemed, the clout to take the job on.

Seven years later, Carney has stepped down, (as of March 15, 2020) and has been replaced by ex FCA boss, Andrew Bailey. His departure has signalled the end of an era for The Bank of England and for the country as a whole, and what a tumultuous era it was:

His frequent market pledges (including proposed changes to interest rates) earned the Bank the title of an “unreliable boyfriend” to British households. Later on, he breached non-partisan rules by wading into the Brexit debate and suggested that a Leave vote would trigger a recession.

If anything, what Carney’s tenure shows is that he was an outspoken and experimental governor who presided over an economy that experienced many dramatic events.

But at the start of his stewardship, it wasn’t only households and big business that were waiting for his policies with bated breath. The country’s SME community were also keen to hear what the Canadian would do to help their sector thrive and grow. Out of everyone, they were arguably in the most desperate need of help and guidance.

A number of SME owners and “experts” penned an open letter to the new governor, asking him to “improve access to funding for small businesses as well as improve banks’ financial support services.”

In 2013, their demands were rightly justified. The Global Financial Crisis had created a stricter funding climate which made banks less likely to finance smaller businesses. However, it was this environment of caution that stimulated the creation of the alternative finance industry, creating a space for startups and SMEs to get crucial funding from these vital new sources.

Even in 2020, let alone in 2013, banks continue to be less willing to offer finance to smaller businesses, which are seen as riskier enterprises to fund. In fact, the cultural impact of 2008 was so great that banks continue to follow a risk-averse strategy when it comes to lending to these types of businesses.

And how about the better “financial support services” SMEs were asking from banks in 2013?

Well, the digitisation of banking, including the closure of many high street chains, (which has made the role of bank managers largely redundant) has done little to help the situation. These mass closures mean there are now fewer in-person specialist staff to help smaller business owners with their financial questions and queries.

The Bank(s) and SMEs

While Carney has been praised for things like his progressive approach to climate change, can he be commended for the way he’s managed the banking sector’s relationship with Britain’s smaller businesses? Perhaps not.

While it’s taken the coronavirus outbreak to push the Bank to release a “coordinated package of measures” along with chancellor Rishi Sunak’s Budget provisions to help small businesses, and the economy at large survive; the Bank has done little to help SMEs with their funding issues in the long-term and has instead left them to their own entrepreneurial devices to either sink or swim. 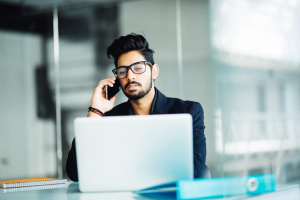