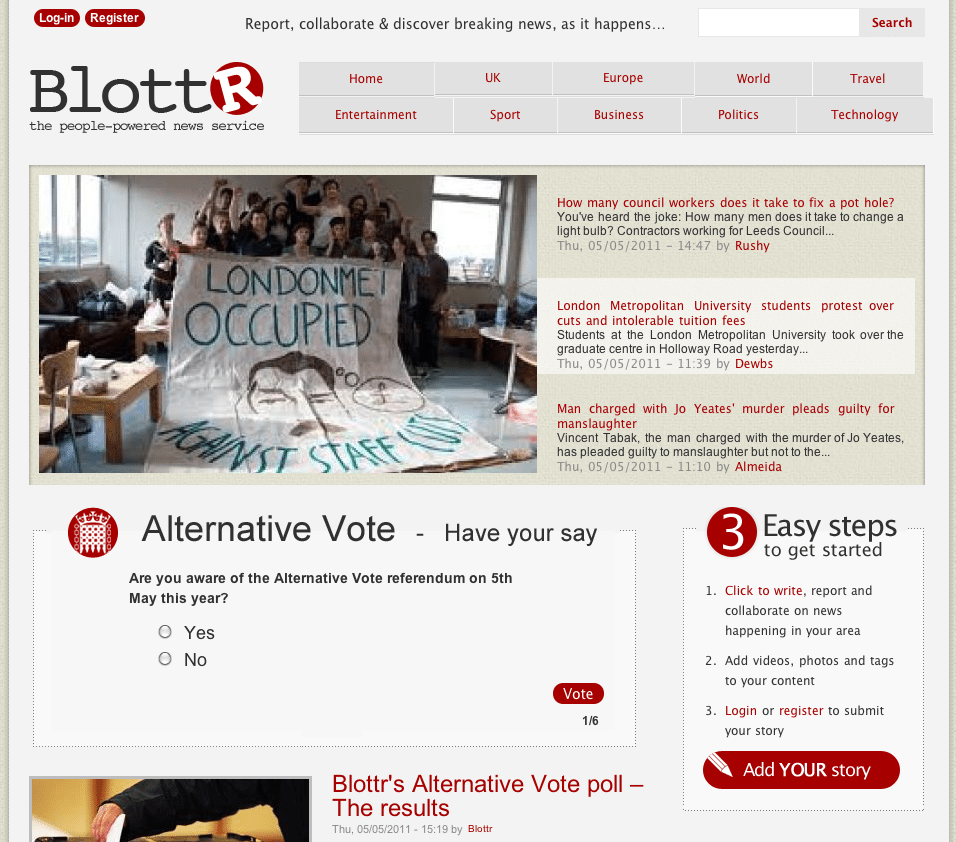 Share via
Serial entrepreneur Mark Pearson has invested in Blottr, a “people-powered news service” based in London. Blottr, a startup founded by Adam Baker last year, has closed a £1m angel round of funding by Mark Pearson, who will join Blottr’s board. He is said to have invested an initial £250,000 into Blottr. Should Blottr meet certain business milestones, Mark Pearson will then add an extra £750,000 cash into the business over the next six months. Blottr’s “citizen journalism” style of journalism allows users (ie the public) to write and submit their own local news. While the firm was founded in September 2010, the site went live in February. Techcrunch reports that the new investment will be used to “aggressively” expand and will see Blottr launch in more locations throughout the UK. Currently Blottr only focuses on local London news. At the moment, five new cities are ready to go live this month: Birmingham, Bristol, Edinburgh, Leeds and Manchester. Mark Pearson is the sometimes-controversial entrepreneur who founded MyVoucherCodes.co.uk and Markco Media. He is on the cover of Real Business‘s Spring issue. Read our in-depth profile of Mark Pearson here.