Borrowing against your a business’s assets is commonplace but for many companies their most valuable asset isn’t stock, capital or property, but the value of their outstanding invoices.

Waiting weeks and months for a customer to pay you can create a major hole in working capital, meaning you can miss out on growth opportunities and new business.

Invoice discounting isn’t a new phenomenon – banks and specialist providers like Bibby and Close Brothers have been in on the act for a long time. But challengers like MarketInvoice and Platform Black are disrupting the market by offering what they say is a more flexible and transparent offering.

MarketInvoice CEO Anil Stocker says that businesses which come to them have a structural need for working capital.

“They deal with big end-consumers and big suppliers so they’re having to deal with payment terms which require a funding need,” he says.

“Imagine you’re a wholesaler importing stuff China. You have to pay factories early or when the goods arrive in the UK, but you’re supplying into Amazon and Amazon is paying you 90 days after they receive the goods. So by definition you have a working capital hole there to fill.

“Small businesses as they evolve grow out of being able to use credit cards or informal loans or even overdrafts because that doesn’t give them enough money to run their businesses and plug that working capital hole.”

MarketInvoice hopes to resolve this situation by offering businesses the chance to sell their invoices to investors through its platform.

The fee is calculated based on the length of time until the invoice will be paid, the turnover of your business and the size of your invoice and the more often you use the service the lower your fees will be. If you’re paid late then fees are accrued at the daily rate, but there are no penalty charges.

Stocker says one of the key dividing lines between MarketInvoice and traditional providers is flexibility – there’s no sign-up or monthly costs and no obligation to use the service regularly.

The service has been described as an “eBay for invoices” but he says this isn’t an accurate reflection of how the process works.

“It’s not like investors bidding on every single invoice and competing with each other for allocation,” he says. “What we’ve done is got about 150 funders – high net-worths, asset managers, family managers – and what they do is put all their money into the platform and select their portfolio requirements from 8 risk bands. Then our system pushes the money into those trades.

“So MarketInvoice stays really on top of the whole process – we sign up the businesses, we risk assess them, we put them into risk bands, and we ensure that when a business gets accepted they will be funded. 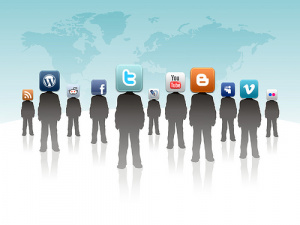 Is it enough to simply be ‘on’ social media? 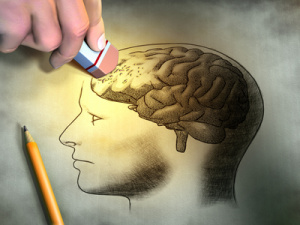