Our beloved toast companion has become difficult to get a hold of – leading to a #marmitegate frenzy. We have Unilever to blame as it raised its prices by ten per cent to offset the increasing costs of importing. Tesco instantly pulled Unilever products from its shelves – bye bye Marmite – but the event was resolved within 24 hours of the event hitting the internet.

It’s by no means the only store to have felt the impact of passed on supplier costs though. In fact, mysupermarket.co.uk suggested the weakening pound had all retail prices rise by one per cent in July. Those that saw the most increases in terms of product costs, were grocery stores. Such disputes aren’t a new concept either – but the #marmitegate incident seems to have garnered publicity in a way a normal spat wouldn’t have.

That’s because while #marmitegate may have found fame because shampoo from across the EU is more expensive, it has allowed us to zoom into the debate about UK retailers and suppliers – and whether or not the latter is taking advantage of the former.

In the end, Unilever is probably the UK’s biggest grocery supplier, and it was of the belief that it should be making a cheeky profit. It’s something many firms should be wary of at this stage.

Using #marmitegate as an example, Nick Lee, a professor of marketing and researches sales management, explained the situation further: “On the one hand, you have a brand owner considering itself to have the main negotiating power, since it feels consumers buy brands over categories. On the other hand, you have a powerful retailer that believes consumers will not change behaviour simply because a selection of brands may not be available.

“In a sense, both are right, and both are wrong. Indeed, in many situations, consumers are brand loyal, and Marmite is probably one of those. But Tesco is right that most consumers are unlikely to change their shopping habits just because a few non-substitutable brands are unavailable. The bigger question here is how many brands are now in play.”

Lee also noted that Tesco had to acknowledge the ease in which suppliers could switch supermarkets in today’s online retail environment – sounds slightly like EU suppliers have a blackmailing advantage. After all, by trying to influence customers away from food supplied by, well, suppliers, supermarkets could risk loosing customers.

It’s a dangerous game to play given that both parties technically really need each other. But that’s what you get when uncertainty hits you (aka Brexit). Both companies want the advantage and, as Lee suggested, both parties most definitely realise it is a negotiation rather than an ultimatum. This realisation won’t stop your suppliers from possibly jostling prices though – so keep one eye open as many firms in the coming months will seek similar renegotiate deals.

And watch out, Lee opined, brands may “try to play on public sympathy to pressure negotiation partners.” 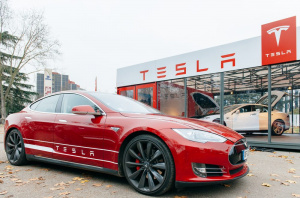 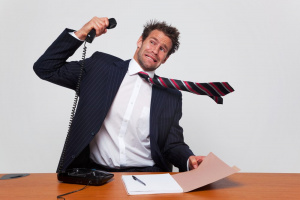