Martha Lane Fox’s Race Online 2012 campaign wants to get all of Britain’s working population using the internet. Research shows that there are currently ten million adults who have never used the internet.

The manifesto calls for urgent action to be taken to get everyone online before 2012. Martha Lane Fox says that these ten million people are missing out on so many opportunities and it’s crucial for them to be aware of how to use the internet now that the government and industry are expanding into digital-only services.

“We need to ensure that people aren’t being left behind as more and more services and business move online,” said prime minister David Cameron. “But this issue isn’t just about fairness – as Martha’s work shows, promoting digital inclusion is essential for a dynamic modern economy and can help to make government more efficient and effective.”

Of the ten million who have never used the internet, four million are from the most disadvantaged backgrounds. According to the manifesto, 39 per cent are over 65, 38 per cent are unemployed and 19 per cent are families with children.

Although access to the internet has both a social and a moral case, with more than 90 per cent of all new jobs requiring basic internet knowledge, there is also a clear economic case.

“Networked Nation is a rallying cry for the 40 million internet users in the UK to help ten million people who have yet to enjoy the huge benefits of the web that the vast majority of us enjoy every day,” added Digital Champion Martha Lane Fox.

“By getting more people online, everyone wins. Businesses are competing for more online customers. Government needs to deliver better for less. Charities want to support the people they serve better. So we’re calling on them to work together and tackle the unfairness and lost opportunities caused by digital exclusion and deliver positive social change.”

The manifesto explains that is every non-internet user in employment got online, each of them could increase their earnings by an average of over £8,300 in their lifetime and deliver between £560m and £1,680m of overall economic benefit.

It’s important for you to encourage and help millions of new users to get online by the end of 2012.  Real Business is proud to be working with Martha Lane Fox and play a part of this – find out how you can help too.

Find out more information and get involved here.

You can also download Martha Lane Fox’s full manifesto below:

Manifesto for a Networked Nation 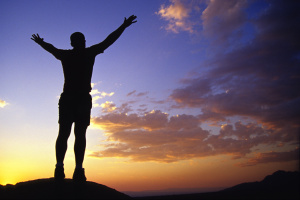 The key to Britain’s growth