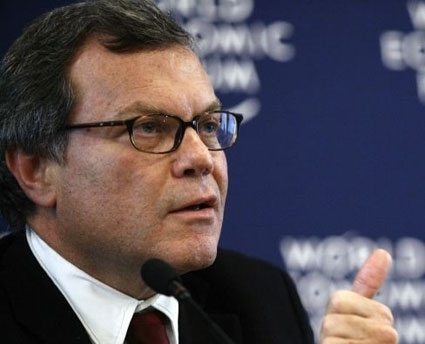 Speaking on the BBC’s Today Programme, Sir Martin said he would recommend to the board and shareholders that WPP switches its tax base from Ireland, following the Chancellor’s proposed cuts in Britain’s corporate tax.

“I wasn’t critical of the UK economy – but of the uncertainty about the tax of overseas profits,” explained Sir Martin. “We’ve taken a hard look at the small print and releases surrounding the latest [Budget] announcements and we’re delighted to say that, subject to draft legislation and enactment, we will recommend a return to the UK to board and shareowners.” WPP owns ad agencies including Young & Rubicam, Ogilvy & Mather and the Grey Group. It recently announced that it had signed an agreement to acquire Who Digital, a full-service digital agency in Vietnam, as part of its ongoing efforts to increase its exposure to one of the fastest growing markets in the world. WPP left the UK for Ireland in 2008, citing the burden of taxation on foreign earnings (the company earns more than 90 per cent of its profits from overseas). Media company United Business Media and drugmaker Shire also moved their tax bases to Ireland, while another media company, Informa, moved to Switzerland. Osborne said yesterday the corporation tax rate would be cut to 23 per cent by 2014 from 28 per cent at present. He told the House of Commons: “I want Britain to be the place international businesses go to, not the place they leave.” “The Coalition has said it wants Britain to be open to business. And certainly attitudes have changed,” commented Sir Martin. When asked how long it would take WPP to relocate back to British shores, Sir Martin said: “I’m just one of 16 on the board. It will take some time.”