Friend or foe to the show, what you cannot deny is how The Apprentice has started to de-mystify business, and has really delivered the idea of entrepreneurism and running a successful business to a much a wider audience.

While clever editing and individuals’ egos may present some of the candidates as caricatures, The Apprentice illustrates that enterprise is accessible to the masses.

The Apprentice highlights issues that are faced by fledgling businesses and raises the question of how Joe Public can contribute to British enterprise. Perhaps it’s the support of the government that will encourage a sea change and the result of this support could lay the foundations of a more enterprising British culture.

Enterprise is fundamental to the economic recovery and I’d like to see financial structures in place that are adequate to allow entrepreneurs to flourish and help lead Britain away from the current economic malaise.

What the winner of The Apprentice will experience – as I have with Sir Philip Green – is mentoring by a true entrepreneur.

Whether it’s through shows like The Apprentice or not, I think the government needs to address that this support is key to a healthy rise in enterprise, but also sustained, long-term success.

You only need to look at what The Prince’s Trust achieves with 57 per cent of Trust-supported businesses trading into their third year, compared to a national average of 38 per cent. This shows the longevity and potential of a well-supported business.

The Apprentice also illustrates the fact that even the best entrepreneurs need a strong support network.

One thing both Sir Philip and Lord Sugar have in common is an experienced and forward thinking team that is able to advise, and get the most out of those involved.

As a country we need to work on making the most of the skills that our up and coming business people possess, and put in place the appropriate support to ensure that their enthusiasm and skills aren’t curbed but instead honed and nurtured.

You may not be the boss, but you could be the right-hand man that is relied upon by even Britain’s most well-known business leaders.

There isn’t one specific attribute that makes you an entrepreneur, which you see from the candidates in the show.

Drive and ambition to succeed are essential, however, with the right guidance and support systems, Britain’s enterprising public could truly be encouraged by a Wednesday night in front of the television.

Matthew Riley is CEO of communications provider Daisy Group. He was part of Lord Sugar’s panel of interviewers in the Apprentice final. 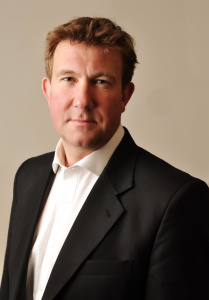