Unfortunately, the UK has been more like a sloth than Mo Farah with so much time eaten up just to get to the moment Theresa May and European Commission president Jean-Claude Juncker came out to reveal the first part of her Brexit deal had been agreed.

There is no doubt that the PM’s last gasp Brexit deal has moved things along, but we’re 18 months into the process, the polls say more people favour a second referendum, now they have a better idea of what we’ve blindly dived into.

But for business, prospects in general are no different, and just as gloomy, as they were the day before May boarded her 4.30am red-eye flight at RAF Northolt bound for Brussels.

We might as well be having a party on a cliff edge, because the rocks below are crumbling.

And they won’t be shored up until the rest of the Brexit deal is done, but the way things are going we might not even have time to get the scaffolding up before the official leaving date of 29 March 2019.

All we have now is the Brexit deal to do a Brexit deal and the clock isn’t just ticking, it’s on double time and for every minute we get closer to leave day the more businesses are going to get spooked.

The prime minister said when she was stood at the lectern in Brussels that business can now move forward with some certainty. But I beg to differ, especially as, within hours of her speaking, the EU announced that trade talks will not start until February at the earliest!

That’s another couple of pages ripped off the calendar before the start of the most important discussions of all – how we can effectively reach the 500m customers out there in Europe while their business can trade with our firms.

We can’t afford for even more delays. Just look at the study pulled together by four economists affiliated to the respected Centre for Economic Policy Research last week who estimated the likely path of the UK economy if the referendum result had gone the other way.

They plotted that the vote has already inflicted a hit of almost £20bn on the UK economy, which works out at around £300m for each week since the referendum.

The difference between this economic model and the actual path of Gross Domestic Product by the third quarter of 2017 is 1.3 per cent of UK GDP, which equals around £20m.

Break that down across the 66 weeks since the vote and, with a bit of plumber’s maths, we come to a weekly figure that’s not too far away from the £350m figure banded around by the Brexiteers during the campaign that quitting the EU would free up for public services.  Isn’t that ironic?

Just imagine if the decent amount of activity that’s been reported in sectors like manufacturing recently was on top of that £20bn rather than being part of the effort to play catch up.

All this makes it even more crystal clear that we desperately need a deal with the EU; and it’s rather bizarre that what would be considered a good deal would be something very similar to what we had before we decided to leave the EU 18 months ago! 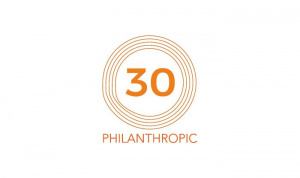 Is your company giving back? The Philanthropic 30 2018 could have your name on it 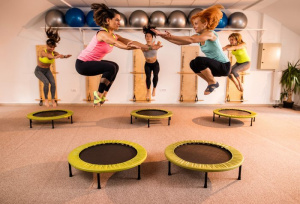 Are job hoppers people you favour when recruiting?