Ron Dennis, the executive chairman of McLaren Group and McLaren Automotive, gave a great speech last night on the future of UK manufacturing.

The sector is in turmoil: the CBI’s latest Industrial Trends survey shows that British manufacturers expect production to decline over the coming quarter as their total order books weakened further in December.

The survey revealed that 18 per cent of respondents reported total order books to be above normal, while 41 per cent said that they were below – the resulting balance of -23 percent was the lowest since October 2010.

Keen to give the sector a much-needed boost, the Department for Business, Innovation and Skills this week signed a contract with the Manufacturing Advisory Consortium to deliver the new Manufacturing Advisory Service in England. Starting on 1 January 2012, it aims to create £1.5bn in economic growth, 23,000 jobs and safeguard 50,000 jobs.

McClaren boss Ron Dennis last night applauded the fact that “manufacturing and engineering are being recognised and prioritised by this government”. His story of invention, daring to be different and moving into new sectors is worth a read.

The future of UK manufacturing by Ron Dennis

There’s absolutely no doubt in my mind that the UK’s refocus on manufacturing and engineering has not come soon enough. And that re-balancing of our economy away from over-reliance on financial services, makes long-term sense.

We at McLaren believe passionately in the importance of making things, of manufacturing high-tech, state-of-the-art, premium products. We’re committed to growth, which is good news for jobs, good news for exports and good news for UK plc.

Over the past 20 years, manufacturing as a percentage of the UK economy fell from just over 18 per cent in 1990 to 11 per cent in 2009. Recent figures have shown small but encouraging signs of improvement, but we must all work to arrest the wider decline.

I was so encouraged to see that where the old £50 note used to carry an image of Sir John Houblon, a banker, the new £50 note carries images of Matthew Boulton and James Watt – two of the greatest figures in the industrial history of Great Britain, whose famous company, Boulton & Watt, engineered and manufactured state-of-the-art steam engines throughout the 19th century.

At McLaren we witnessed first hand just how committed to manufacturing the government is when, exactly four weeks ago, the Prime Minister officially opened our brand-new McLaren Production Centre in Woking. On the same day the government announced the Royal Engineering Prize and a few days before that it inaugurated the “Make it in Great Britain” campaign. It’s therefore fair to say that most of us here today can see that the UK’s attitude to manufacturing is changing, as has our own attitude, at McLaren, through a single-minded commitment to innovate.

We’re constantly looking at what we do and how we do it, again and again and again –and that’s because change sits at the heart of McLaren. We focus everything we do, both on and off the track, on our single ambition: To win.

Invention is the key to achieving that ambition. It’s about seeing an opportunity, and being the first to optimise it and bring it to production. Because if we don’t, someone else will get there first. And that is the uncomplicated secret that drives all of us at McLaren to do things better, and faster: and that includes the team who clean our factories, our apprentices, our mechanics and engineers, our marketers and managers and of course Lewis Hamilton and Jenson Button.

But winning doesn’t always mean following the traditional path. Sometimes it means daring to try something different. And at McLaren we’ve fostered and built a culture of daring to try new things, by recognising that the best ideas often evolve out of failures. So daring to try something different is in our DNA. It’s what led us 30 years ago to introduce full carbonfibre construction to Formula 1, at a time when our rivals mistrusted it, or refused to invest in it. We then perfected it while our rivals struggled to catch up.

Daring to try something different is what led us 20 years ago to use Formula 1 technology to develop our first road car, the McLaren F1 – a record-breaking and iconic ultra-high-performance sports car.

Daring to try something different is what has led us, now, to launch Britain’s newest car company, McLaren Automotive, which already employs more than 700 people with more new jobs to come, and supports a supply chain of dozens of high-tech British businesses.

Until recently, McLaren had never been a full-scale car manufacturer. However, as we ramp up to producing 4,000 sports cars every year by the middle of the decade, we’ve learned how to combine Formula 1 know-how with state-of-the-art production techniques, used in one of the world’s most efficient and highest-quality automotive facilities.

Our ambition to win has also now taken us into new territory. McLaren is now helping other organisations to win, through innovation, in a variety of revolutionary ways. What, for example, does Formula 1 have to do with air traffic control, or prescription drugs research, or even the fitness and competitiveness of our best sportsmen and women? Let me explain.

On every lap of every grand prix, more than 500 sensors on each of our Formula 1 cars monitor and transmit vital performance metrics, in real time. Over the course of a race weekend we capture more than a billion data points. Processing, understanding and acting immediately on the implications of this data, are critical to our race-winning strategies. So let’s consider the case of an international airport, like Heathrow. Incoming flights spend an average of 20 minutes in a holding pattern, accounting for 30 per cent of the airport’s CO2 emissions, and that figure is almost matched by planes taxi-ing on the ground. An airport running close to capacity may not seem an obvious comparison to a race circuit, but McLaren’s data processing expertise has enabled us to offer a solution. Imagine if our system could be adapted to speed the entire landing cycle of an aeroplane: from the optimum approach pattern, to the fastest journey to the right gate, delivering and picking up passengers and then departing as quickly as possible? Well, it can.

Imagine if the same systems that remotely monitor the condition of a racing car, could be adapted to monitor the biometrics of a sports team as they train or compete? We’re already doing this with various British Olympic teams and several other British sporting entities, improving performance through training, with real-time monitoring, and enabling coaches to accurately track the movements of each player or athlete.

Imagine if these incredibly sophisticated monitoring and measuring techniques could be used to expedite research into new prescription drugs? Or in occupational health schemes that help employees to be healthier, happier and more productive? We’re already doing this, through our ground-breaking partnership with GlaxoSmithKline.

Imagination goes hand-in-hand with innovation: using advanced technology to turn our ideas into quantifiable business success. That, I firmly believe, is the way forward for the UK economy.

But education is crucial, too. At McLaren we’re fully supportive of the move to encourage STEM in our schools and colleges – in other words, science, technology, engineering and mathematics – and that’s why McLaren has been a pioneer of the government’s “See Inside Manufacturing” initiative, which has encouraged schoolchildren to come to McLaren to see and be inspired by what they can achieve if they study STEM subjects at school.

We have fostered a culture of innovation and change. Against the current backdrop of economic uncertainty, ours is a story that demonstrates an indisputable truth; that investment in manufacturing and innovation is not only vital to the UK economy but it’s something we can proud of too. 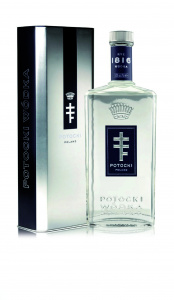 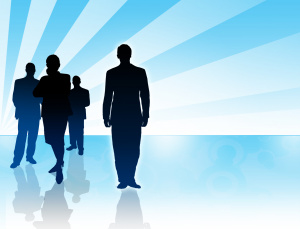